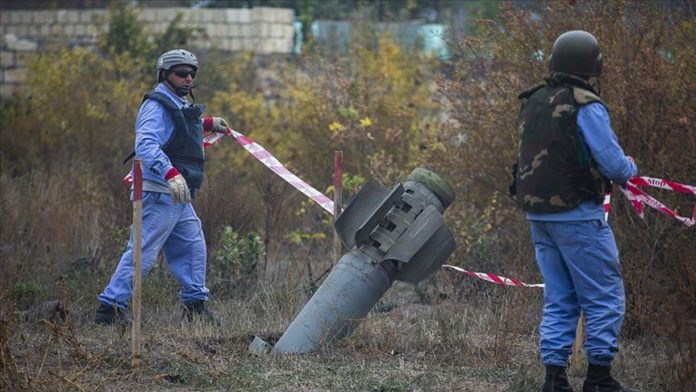 Azerbaijan on Thursday defused a Smerch missile fired by Armenia’s military, which landed in the Tartar city but did not explode.

In a statement, the Azerbaijan’s Defense Ministry said the country’s military also destroyed “the headquarters of the 7th mountain rifle regiment of the 10th mountain rifle division of the Armenian army in the village of Tonashen, barracks, vehicles loaded with ammunition and other military infrastructure.”

To date, at least 92 civilians have lost their lives, including 11 children and infants, and over 400 people, with at least 36 children among them, have been injured in attacks by Armenian forces, according to the Azerbaijan’s Chief Prosecutor’s Office.

Some 2,971 homes and 100 multi-apartment residential buildings have been destroyed, while 502 civilian facilities have been damaged.