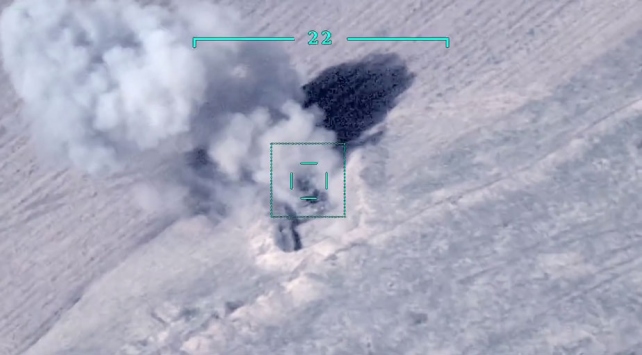 The Ministry of Defense of Azerbaijan announced that 22 tanks, 15 OSA anti-aircraft, 18 UAVs belonging to Armenian troops were destroyed, and more than 550 soldiers serving in the Armenian army were killed and wounded.

A new statement came from Azerbaijan regarding the conflict with Armenia.

In the statement made by the Ministry of Defense of Azerbaijan, it was stated that Armenia is trying to hide its losses from the people. The ministry noted that the Armenian army has suffered heavy losses since the beginning of the operation.

According to the statement made by the Ministry, 22 tanks and other armored vehicles from the Armenian army, 15 OSA anti-aircraft missile systems, 18 unmanned aerial vehicles (UAVs), 8 artillery pieces were destroyed.

More than 550 enemy soldiers were killed and wounded. 3 ammunition depots belonging to the enemy army were destroyed in different directions.

Lieutenant Colonel Lernik Babayan, the commander of the enemy air battalion, was killed in the clashes in Talish village and the military unit under his command suffered heavy losses.