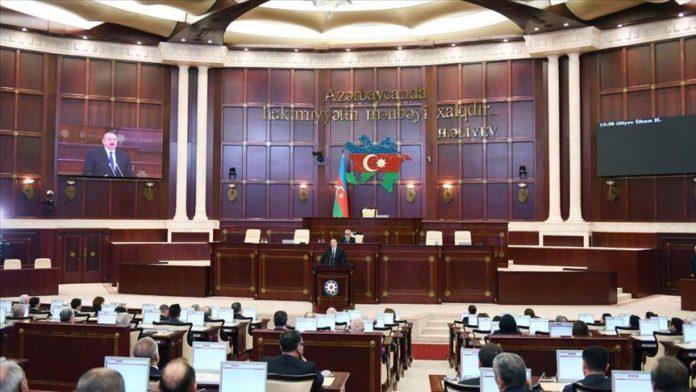 Azerbaijan’s parliament on Sunday declared a state of war in some of its cities and regions following Armenia’s border violations and attacks in the occupied Nagorno-Karabakh region.

In an extraordinary meeting, the National Assembly passed a measure partially and temporarily restricting the constitutional and property rights and freedoms of Azerbaijani citizens and foreigners in the country as long as the war situation continues.

Under the decision, a curfew may also be declared at certain times in some regions.

Border clashes broke out earlier Sunday after Armenian forces targeted Azerbaijani civilian settlements, and military positions. The number of casualties is not yet known.

Armenia has again proven that it is the biggest obstacle to peace and stability in the region, said Azerbaijan’s Defense Ministry in an earlier statement, adding that Turkey will stand with Azerbaijan by all means.