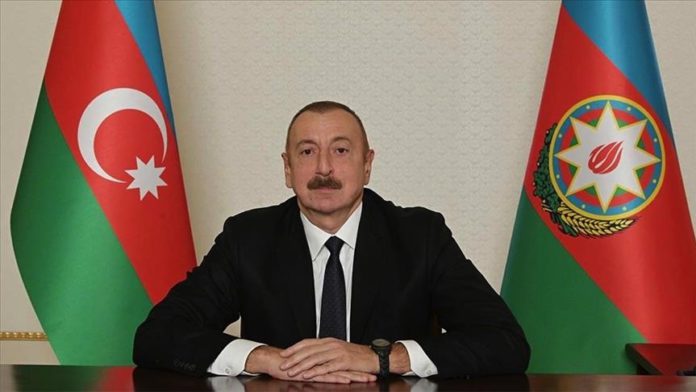 The Azerbaijani president on Tuesday said his country has expelled Armenia from the Azerbaijani lands, created a new reality, and that everyone should acknowledge this.

“We have expelled the enemy from our land and created a new reality. Everyone should acknowledge this reality,” Ilham Aliyev said, addressing the nation.

People living in Nagorno-Karabakh today are Azerbaijani citizens, they will see that their lives will now be better in the state of Azerbaijan, Aliyev stressed.

On a so-called French resolution on Karabakh, Aliyev said France, “if they want it so much”, can give their southern Marseille region to Armenians to establish a state​​​​​​​.

On Nov. 23, the French Senate adopted a resolution, calling for the recognition of Nagorno-Karabakh as “a republic”.

Nagorno-Karabakh, also known as Upper Karabakh, is a territory recognized as part of Azerbaijan.

It was occupied by Armenia in 1991 and has since caused a deep rift with neighboring Azerbaijan.

New clashes in the territory erupted on Sept. 27 and ended with a Russian-brokered truce six weeks later.