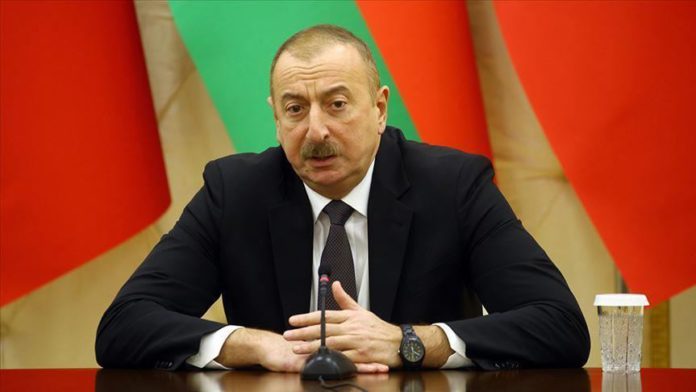 Azerbaijani President Ilham Aliyev on Monday congratulated US President-elect Joe Biden on his victory in the 2020 election.

In his congratulatory letter, Aliyev mentioned the good cooperation between the two countries on security, energy and communication technologies.

Saying that ties between the two countries will be better during Biden’s presidency, Aliyev touched on Armenia’s occupation of Azerbaijani territories and attacks against his country.

Biden has surpassed the necessary 270 Electoral College votes needed to claim the White House, according to projections. He has claimed victory, but President Donald Trump has announced that he will contest the results.

Some 93 Azerbaijani civilians have lost their lives in Armenian attacks and more than 400 have been injured while Armenia has been bringing in thousands of mercenaries from abroad, Aliyev noted in the letter.

Aliyev also expressed his country’s readiness to ensure that Azerbaijani and Armenian communities live together in Nagorno-Karabakh on the basis of peace, security and mutual respect.

Fresh clashes erupted on Sept. 27, and since then, the Armenian army has continued its attacks on civilians and Azerbaijani forces, even violating three humanitarian cease-fire agreements.

World powers have called for a sustainable cease-fire. Turkey, however, has supported Baku’s right to self-defense and demanded the withdrawal of Armenia’s occupying forces.

Multiple UN resolutions also call for the pullout of the invading forces.

Many top players available on free transfers in 2021