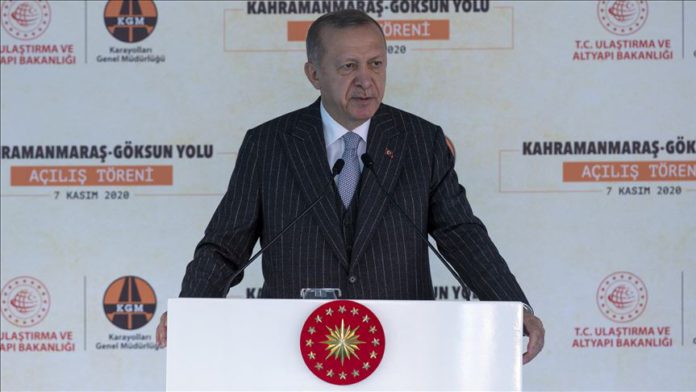 With Azerbaijani scoring numerous successes in liberating occupied territories from Armenia, its victory in Upper Karabakh is drawing near, said Turkey’s president on Saturday.

“We are getting close to victory,” Recep Tayyip Erdogan told a ruling Justice and Development (AK) Party provincial congress in southern Turkey.

Speaking in Kahramanmaras province, Erdogan said he was happy to hear positive news from Azerbaijani President Ilham Aliyev over the phone.

Since a new round of clashes erupted on Sept. 27, Armenia has repeatedly attacked Azerbaijani civilians and forces, even violating three humanitarian cease-fires.

Relations between the two former Soviet republics have been tense since 1991 when the Armenian military occupied Upper Karabakh and surrounding areas, which together make up some 20% of Azerbaijani territory.

Erdogan added that he plans to hold a picnic on Nov. 15 in Maras, in the Turkish Cypriot city of Gazimagusa (Famagusta), along with Devlet Bahceli, head of the Nationalist Movement Party (MHP), the AK Party’s parliamentary and election ally.

The abandoned town of Maras was partially reopened last month for public use.