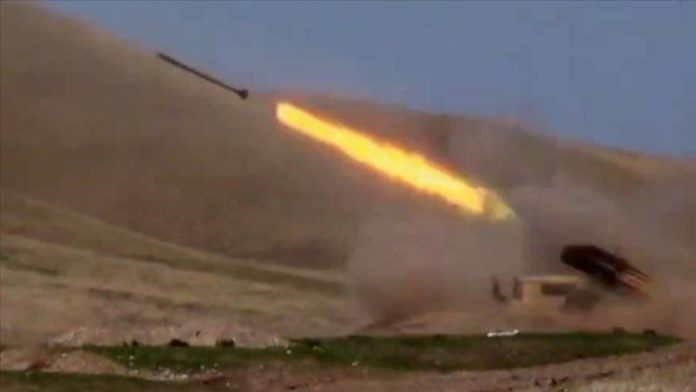 Defense Ministry spokesman Anar Eyvazov said in a statement that some of the dead bodies found among the casualties of the Armenian army were determined to be mercenaries of Armenian origin who came from Syria.

“The Armenian side hides this information from both the local and international community,” Eyvazov said.

Azerbaijani President Ilham Aliyev on Monday signed a decree on partial military mobilization in the country.

Meanwhile, the country’s parliament declared a state of war in some cities and regions following Armenia’s border violations and attacks in the occupied Upper Karabakh region.

Relations between the two former Soviet nations have been tense since 1991, when the Armenian military occupied Upper Karabakh, also known as Nagorno-Karabakh, an internationally recognized territory of Azerbaijan.

UN: Conditions of Rohingya return has not improved