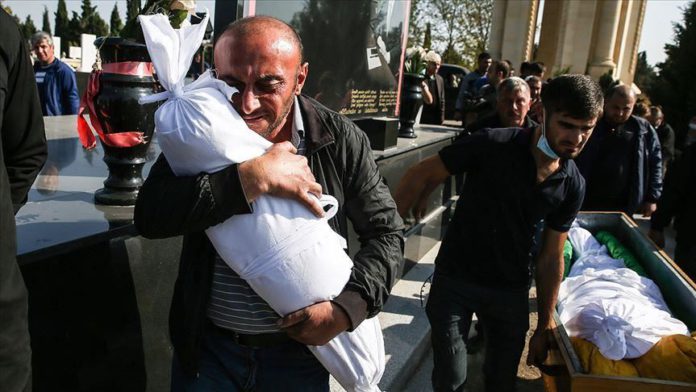 Since hostilities began on Sept. 27, Armenian artillery and missile attacks on Azerbaijani settlements have killed at least 61 civilians and injured 282 others, local authorities said Monday.

Some 1,846 houses, 90 apartments and 341 public buildings were also damaged and made unusable due to Armenian attacks, according to Azerbaijan’s Prosecutor General’s Office.

New border clashes erupted between the two ex-Soviet republics on Sept. 27, when Armenia first launched attacks on civil settlements, and since then it has continued attacks on civilians and Azerbaijani forces.

Over the last 10 days Armenia broke humanitarian cease-fires in Upper Karabakh, or Nagorno-Karabakh, an internationally recognized territory of Azerbaijan.

In two attacks on Ganja, a major Azerbaijani city far from the front line, Armenian missiles killed some two dozen civilians – including children – and injured scores of others.

Borsa Istanbul up at Thursday's opening