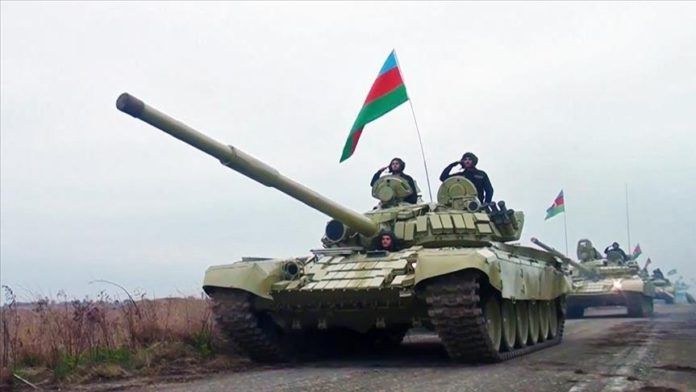 Azerbaijan filed an inter-state application under Article 33 of the European Convention on Human Rights against Armenia in mid-January.

The Armenian government on Monday responded to the allegations.

Azerbaijan alleges that violations occurred during Armenia’s occupation of its territory from 1991 until Dec.1, 2020.

The claims are that during the occupation, Armenia inflicted significant and extensive human and material damage toward Azerbaijan and its people.

Chingiz Asgarov, the deputy chairman of the Supreme Court, said: “Azerbaijan remains committed to securing justice for the people of Azerbaijan affected by the long-lasting and illegal occupation of Nagorno-Karabakh. After years of avoiding scrutiny, Armenia’s actions will be placed under the spotlight.”

Asgarov added: “These are serious allegations and Azerbaijan is committed to ensuring it follows the rule of law throughout the process.”

Relations between the former Soviet republics had been tense since 1991, when the Armenian military occupied Nagorno-Karabakh, internationally recognized as an Azerbaijani territory, and seven adjacent regions.

In November, Azerbaijan and Armenia signed a Russian-brokered peace deal to end fighting.

​​​​​​​On Saturday, Turkish and Russian troops started to monitor the truce in Upper Karabakh. It came after the two countries signed a memorandum of understanding following the truce to set up a joint center on Azerbaijani territories liberated from Armenia’s occupation to monitor the cease-fire.​​​​​​​