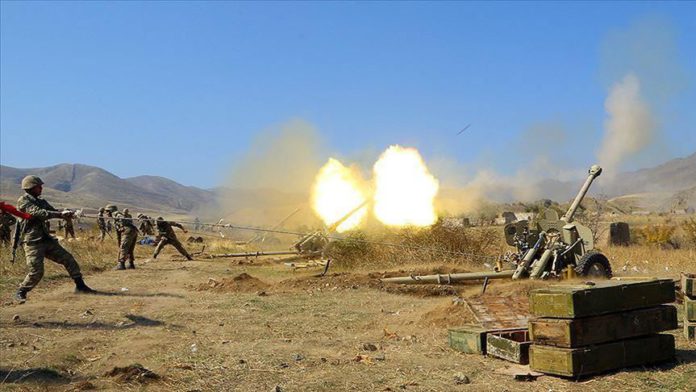 Azerbaijan and Armenia on Saturday exchanged the bodies of soldiers, who died in the clashes around the city of Susha in Upper Karabakh region, the Azerbaijan’s Defense Ministry said.

In a statement, the ministry said the bodies of soldiers were collected through the intermediary and participation of the Russian peacekeeping forces stationed in the Nagorno-Karabakh region of Azerbaijan.

“As part of this humanitarian action, the bodies of the dead servicemen of the Armenian armed forces were collected and handed over to the Armenian side,” said the statement.

“Also, within the framework of this action, the bodies of six servicemen of the Azerbaijan Army, who became Shehids (martyrs) during the battles around the Shusha city, were received.”

ANALYSIS – Is Iran one of the losers of the Karabakh War?