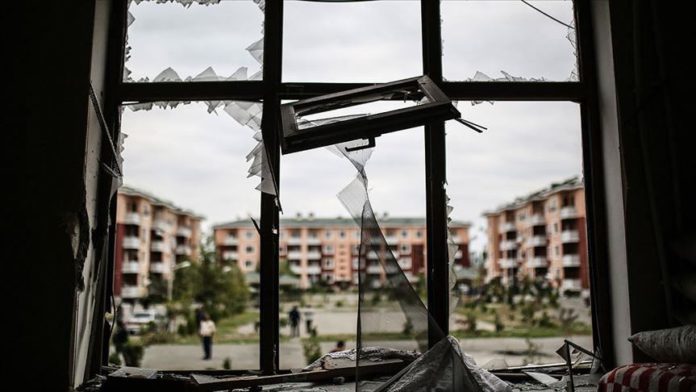 At least two civilians were killed and one injured in attacks by Armenia on civil settlements in Azerbaijan, Baku’s Foreign Ministry said Tuesday.

It also announced that since the start of hostilities, Armenian artillery and missile attacks on Azerbaijani settlements have killed at least 61 civilians and injured 291 others as of midday Tuesday.

A total of 1,941 houses, 90 apartments and 382 residential and public buildings have been damaged and made unusable because of Armenian attacks.

During the last 10 days, Armenia broke humanitarian cease-fires in Upper Karabakh, or Nagorno-Karabakh, an internationally recognized territory of Azerbaijan.

Last Thursday, Armenia targeted civilians visiting a cemetery in the western city of Tartar, killing four and also injuring as many.