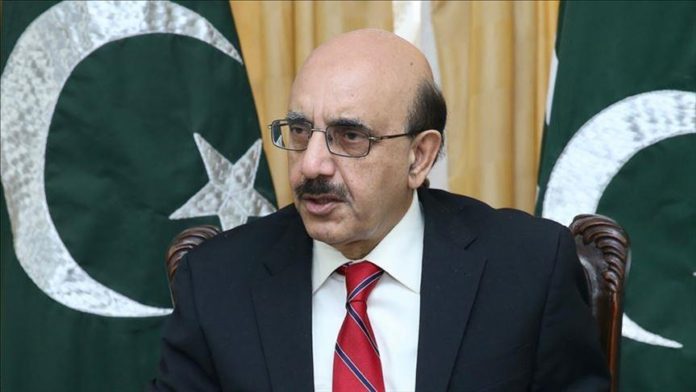 The president of Pakistan-administered Kashmir on Thursday objected to India’s inclusion in the UN Security Council (UNSC), despite committing “war crimes” in the disputed region under its control.

As a non-permanent member for two years, India on Aug. 1 assumed the presidency of UNSC for the month of August.

In a video message sent to Anadolu Agency on the second anniversary of India’s annexation of the disputed Himalayan valley, Masood Khan said “the cover of impunity given to India should be withdrawn.”

On Aug. 5, 2019, New Delhi stripped Jammu and Kashmir of its autonomous status and divided it into two centrally ruled territories.

During the last two years, he added, thousands of men, boys and children have been illegally detained and tortured in prison houses and concentration camps.

“Millions of Hindus from India have been illegally domiciled to reduce Muslim majority in the occupied state,” he said, arguing that 80% of the Kashmir’s land has been expropriated for Hindu settlements and businesses.

“Under the Geneva Conventions and international law, India must be held accountable for these heinous crimes. The cover of impunity given to India should be withdrawn. Against this backdrop, India has no right to sit with the Security Council, or preside over it. We condemn India’s terrorism in the occupied territory,” the president said.

He demanded of the international community to take action and save Kashmiris from “decimation and destruction.”

He thanked world parliaments and media networks for speaking up for Kashmiris in the past. “But now, when the very identity of the state and its people is being erased, the world is silent,” he lamented.

Khan also praised the role of Pakistan for its “strong and steadfast solidarity” with the Kashmiris.

Muslim-majority Kashmir has been the main ingredient in the long-simmering rivalry between Pakistan and India since the two nuclear-armed neighbors gained independence from the British Empire in 1947.

The picturesque Himalayan valley is held by the two countries in parts but claimed by both in full. A small sliver of the region is also controlled by China.

Since 1947, the two neighbors have fought three wars, two of them over Kashmir.