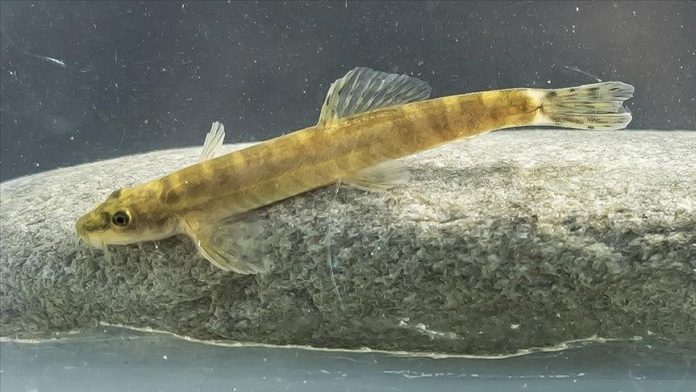 An awareness-raising campaign has been initiated in southeastern Turkiye for the conservation of the striped loach, one of the 10 most sought-after fish species in the world.

The critically endangered striped loach (Paraschistura chrysicristinae), which has been spotted in Sason Stream and Sarim Creek, was unseen by human eyes for nearly 50 years.

As the rediscovery of the striped loach created excitement, Turkish researchers Cuneyt Kaya, a biologist specializing in fisheries, and Munevver Oral, a research fellow at Turkiye’s Recep Tayyip Erdogan University in Rize province, have been focusing on the loach, which is on the Red List of Threatened Species of the International Union for Conservation of Nature (IUCN).

Kaya and Oral gave a lecture Tuesday to high school students on the endangered fish species as part of the awareness-raising campaign in Batman province.

They also held meetings with local administrators and the directors of national education for the protection of the fish within the scope of the long-term fieldwork they carried out in the region recently.

“The second and more important step is to protect our species, which spreads in this narrow area, and to hand it down to the next generations,” Oral said.

She underlined that the natural habitat of the striped loach, which only lives in this region, is under serious threats.