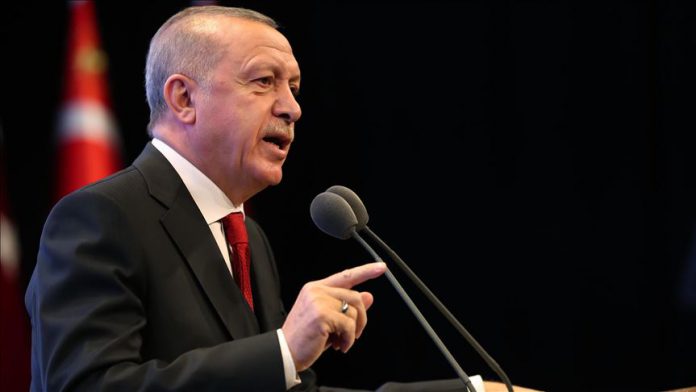 Awarding the Nobel Prize to Peter Handke will only encourage “enemies of Islam and humanity”, the Turkish president said on Tuesday.

Recep Tayyip Erdogan’s remarks came at a commemoration event at the presidential complex in the capital Ankara to mark the 75th year of Ahiska Turks’ exile.

“It is a shame and disgrace to award a person who defends and praises a murderer who shed the blood of tens of thousands of Muslims,” Erdogan said, referring to the 2019 Nobel Laureate in Literature Peter Handke, an Austrian writer who is accused of denying the 1995 Bosnian genocide.