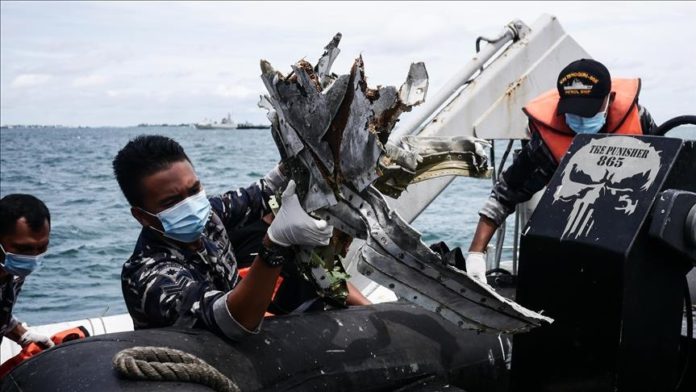 The preliminary investigation into the crash of an Indonesian passenger plane last month found anomalies in the autothrottle system of the aircraft.

The National Transportation Safety Committee revealed an initial report on Wednesday over the downing of the Sriwijaya Air SJ 182 flight which crashed into the Java Sea on Jan. 9, killing all 62 crew and passengers on board.

The results showed that the autothrottle system, which controls engine power automatically, could have malfunctioned.

The same happened when the aircraft’s altitude was about 10,600 feet, and it started rolling to the left.

“The left throttle moved back too far, while the right throttle did not move at all as if it was stuck. We do not know which of these created anomalies,” Utomo explained during a virtual press briefing.

The flight data recorder also showed that the autopilot system disengaged when the aircraft reached an altitude of 10,900 feet, the highest altitude recorded before the aircraft started to descend.

The autothrottle system also disengaged soon after, while the pitch attitude was sloping down.

The official added that the investigation would mainly focus on this system, including 13 other related components.

It, however, will not overlook the aircraft’s maintenance record, as well as human factors.

Utomo also revealed that the aircraft’s autothrottle was broken prior to the crash, but had been repaired.

“However, a problem with the throttle alone would not have caused the crash,” he added.