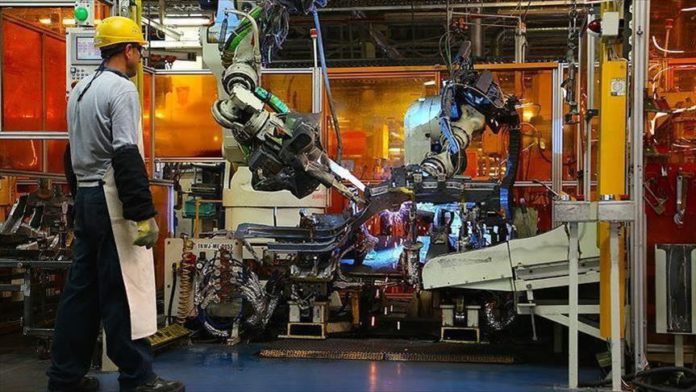 Automation and a new division of labor between humans and machines will disrupt 85 million jobs globally by 2025, according to a report by the World Economic Forum (WEF) on Wednesday.

The Future of Jobs 2020 report showed that COVID-19 has led the labor market to change faster than anticipated.

“More than 80% of business executives are accelerating plans to digitize work processes and deploy new technologies,” the report said.

It said that contrary to the previous years, job creation is now slowing down while job losses fasten.

Some 43% of businesses surveyed indicated that they are set to reduce their workforce due to technology integration, while 34% plan to expand their workforce, the report said.

By 2025, employers will divide the work between human and machines equally, the report stressed, adding that the roles that leverage human skills will rise in demand.

“The robot revolution will create 97 million new jobs, but communities most at risk from disruption will need support from businesses and governments,” it noted.

Pandemic has accelerated the arrival of the future of work, said Saadia Zahidi, a managing director at the WEF.

She said the developments in automation and fallout from the COVID-19 recession have deteriorated current inequalities across labor markets.

Referring to the window of opportunity for proactive management of this change, Zahidi said: “Businesses, governments and workers must plan to urgently work together to implement a new vision for the global workforce.”

Reskilling to be needed

The report also showed those workers set to remain in their roles in the next five years, nearly 50%, will need reskilling for their core skills.

Despite the current economic turmoil, most employers realize the value of reskilling their workforce, it said.

“An average of 66% of employers surveyed expect to see a return on investment in upskilling and reskilling of current employees within one year,” it noted.

In the future, the most competitive businesses will be the ones that have invested heavily in their human capital, Zahidi concluded.

In 2025, analytical thinking, creativity, and flexibility will be among the top skills needed, while data and artificial intelligence, content creation, and cloud computing the top emerging professions, according to the report.