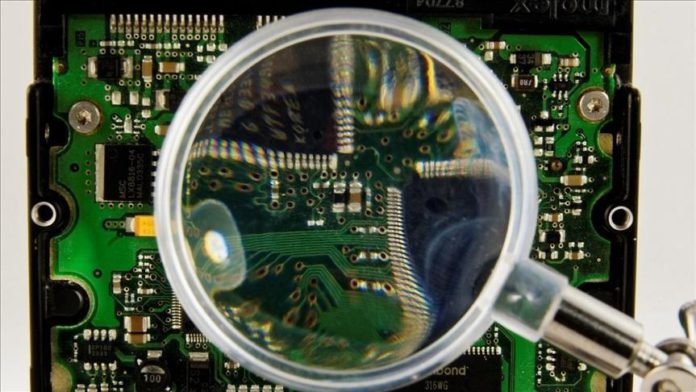 Carmakers’ growing chip supply crisis has been spreading to other sectors, with chipmakers giving priority to smartphones and electronic products amid rising demand during the pandemic.

Chips, critical items in all areas of technology, from wearable electronics to in-vehicle electronic systems, hit a global bottleneck during COVID-19, starting with the auto industry.

Invented 60 years ago, the chip evolved from computers to cars to become the most important and pricey component of today’s modern devices, causing a short-term supply shock that triggered an unprecedented global famine as demand for smartphones and electronics rose unexpectedly during the pandemic.

Also known as semiconductors, the designs of chips have grown more complex over the years, making their production difficult and laying the basis of the global supply shortage.

In the chip industry, where establishing new factories costs precious time and billions of dollars, the sudden climb in demand due to COVID-19 caused difficulties in chip supply.

Quarantine measures paved the way for activities such as work, education, and entertainment to be carried out from home, leading many people to use computers, smart devices, tablets, and game consoles even more.

On a regional basis, semiconductor sales to the US market climbed 19.8% last year, while sales to China, the largest chip market, were up 5%.

The auto sector was first to feel the global chip supply shortage.

Auto electronics, which includes everything from LCD screens to in-car systems, are set to account for 45% of a car’s production cost by 2030, according to a Deloitte report.

Though chips are increasingly needed with the development of in-vehicle computer systems, carmakers canceled chip orders out of concern that the pandemic would hurt sales.

But then the rising demand from electronics companies made it hard for carmakers to find chips on the market.

This forced carmakers to compete with electronic giants such as Apple for a limited chip supply.

The disruption of leading carmakers’ production also paved the way for billions of dollars in damage.

Consulting firm AlixPartners predicted that the chip supply shortage could dent global auto industry revenues by as much as $60.6 billion.

Experts say the chip crisis could also cause production disruptions in various fields, including smartphones, if things do not improve.

As the virus continues to spread around the world, the chip industry is preparing for the post-pandemic period with billions of dollars in investments to buck the crisis.

Chips are seen as a competitive factor between countries.

As companies and countries are trying to shape the chip industry with huge investments, it was recently announced that Intel, one of the world’s largest chipmakers, plans to build two new chip factories in the US state of Arizona with an investment of $20 billion.

South Korean electronics giant Samsung is also laying out $116 billion with the goal of becoming the largest chipmaker by 2030.

Towards that end, a giant Samsung factory under construction in northwestern South Korea is expected to start production this year.

Taiwan Semiconductor Manufacturing (TSMC), the world’s largest contract manufacturer, is also building a $12 billion factory in Arizona like Intel. The factory is expected to start production in 2024.

In China, which wants to cut its dependence on foreign chips, two national wealth funds provided a total of $2.25 billion to SMIC, the country’s leading chip manufacturer, to boost production at its factory in Shanghai.

The factory is expected to triple its production in the future.

Meanwhile, Turkey is also working on domestic chip production. With the National Microprocessor Gravel carried out at the TUBITAK Information and Information Security Advanced Technologies Research Center (BİLGEM), a national processor is being developed that can replace foreign microprocessors used in weapons systems.

Analysts say the chip industry is preparing itself for new orders with the reopening of the global economy and that semiconductor chip designers have a big job ahead of them in forging the new world order after Covid-19.

Romania to elect president in second round of vote

US: PG&E pleading guilty to manslaughter in wildfire