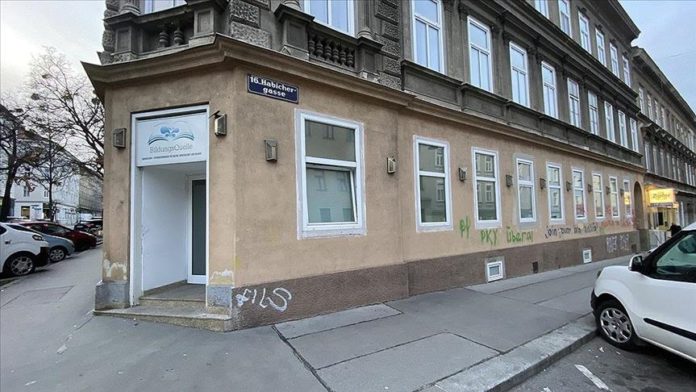 A mosque in Austria’s capital Vienna was vandalized and attacked by sympathizers of the PKK terror group on Thursday.

Ankara’s Ambassador to Vienna Ozan Ceyhun regretted the attack on the holy night of Laylat al-Raghaib that marks the beginning of the Islamic month of Rajab.

“Video of the perpetrators, who dared to attack places of worship, has been given to the authorities. We hope they are quickly caught and brought to justice,” he told Anadolu Agency.

Ceyhun said embassy officials are ready to cooperate with authorities against the attacks aimed at disrupting peace in Austria. Turkish officials will closely follow the case, he added.

Austrian Minister for Integration Susanne Raab and other politicians also condemned the attacks, and pointed to the importance of freedom to worship.

Faika El-Negashi, a spokesperson of the ruling Green Party, said it was an attack on democracy and freedom to worship.

In its more than 35-year terror campaign against Turkiye, the PKK – listed as a terrorist organization by Turkiye and the US – has been responsible for the deaths of more than 40,000 people, including women, children and infants.

Trump impeachment report to be sent after Thanksgiving

Germany’s Bayer to cooperate with CureVac on vaccine