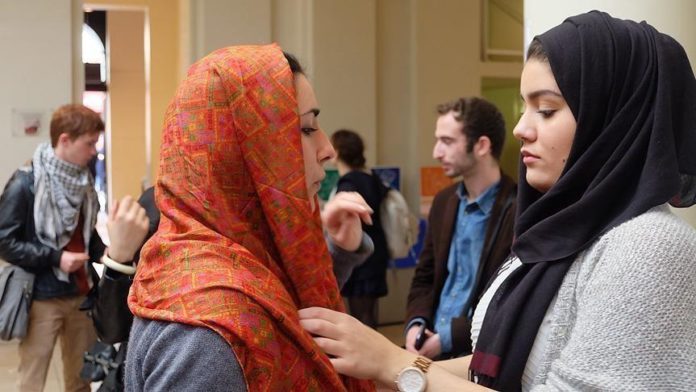 Austria’s Greens party continued to take public criticism on Wednesday over an alleged coalition agreement to ban headscarves for teachers in schools.

Recently leaked documents suggested that the Greens had engaged in an undisclosed deal with the Austrian People’s Party (OVP) as part of the negotiations for their January 2020 coalition agreement.

The Greens allegedly promised to support the headscarf ban in return for executive board seats on the country’s public broadcaster ORF.

Traditionally an ally to Muslims, foreigners and refugees in the country, the Greens had attracted the support of voters with migrant backgrounds by standing against rising populist tendencies in Austria.

This was part of the reason that the party performed well in the 2019 snap elections, securing 26 parliamentary seats with 13.9% of the vote – an upswing of 10.2% from the previous ballot in 2017.

However, the coalition government they formed with the OVP is criticized for not only undermining the position of the country’s Muslim community, which has faced increasing discrimination, but also alienating the party itself.

Though the Greens have rejected the allegations in the leaked documents, they have still met strong criticism from party members and other groups outside the party.

Speaking to Anadolu Agency, Heinz Gartner, a professor of political science at the University of Vienna, stressed that the headscarf ban would never be acceptable to the party’s national convention.

The party should have reacted to the OVP’s offer the same way it does against anti-Semitism, he said.

Faika El-Nagashi, a Greens lawmaker, underlined the need to address racism in politics.

El-Nagashi said the inclusion of such a clause in the coalition deal, even in the form of an side letter, was wrong and embarrassing.

She noted that the leaked documents once again prove that the OVP pursues anti-Muslim policies in the country, while other political parties, including the Greens, remained silent quiet.

Simon Potschko, the spokesman of senior Greens party member Sigrid Maurer, said the reaction towards the leaked document was understandable.

Italy to use app to track coronavirus contacts