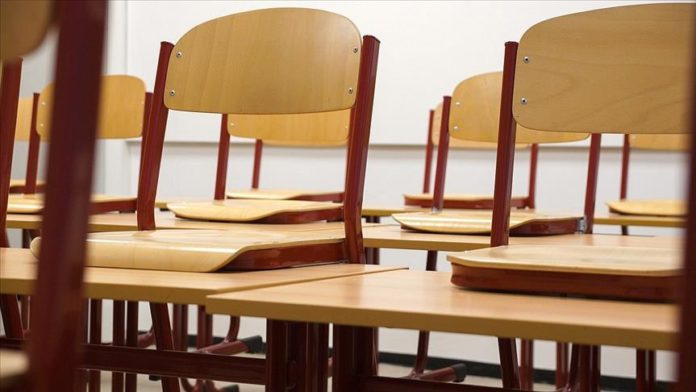 Despite a hiatus in face-to-face education last year due to the coronavirus pandemic, 186 incidents of discrimination took place at Austria’s educational institutions, according to a report released Tuesday.

The annual report on discrimination in the Austrian education system was issued by the Initiative for a Non-Discriminatory Education System (IDB), which has been working for students and educators who have been discriminated against in the education system due to religion, gender, culture, ethnicity and similar reasons for five years.

There was a 54% decrease in the number of incidents compared to last year’s 403 reported incidents, it said, noting that the decrease was directly related to COVID-19 measures.

It recalled that in-person education was halted at universities as of March 2020, while students in primary education were away from classrooms for around 10 weeks. This situation increased the burden on parents and they had to put the issue of discrimination on the back burner as they struggled to cope up with those challenges.

Ethnicity was the main reason behind 74% of the reported incidents, the report revealed, and it was followed by Islamophobia with 15% and other reasons with 11%.

It said that 63% of those who committed the crime were teachers, 20% students and 7% school administrators, while institutional discrimination was around 10%.

Some 94% of the third persons who witnessed the discrimination did not display the courage to back the victim, it said, adding that only 1% of the discriminators were punished for their crimes while the rest were left unpunished.

Most of the victims refrained from sharing information on the location of the incident. However, the capital Vienna ranked first in terms of the number of incidents that took place, it said.

The report revealed that primary school students were the most victimized group, with 91%, and said this rate was 9% in the group consisting of instructors, university students and interns.

Offering advice on how to get rid of discrimination in the education system, the report highlighted that the issue is not given due care and urged the authorities to work on educating people in that regard.

It said that independent structures where students can convey their problems without any anxiety should be formed and highlighted the importance of increasing the number of individuals from different ethnic and religious backgrounds among teachers and administrators.

The report also called for educating people, starting from primary school, on coexistence and multiculturalism and added that education on anti-racism and anti-discrimination for instructors should be compulsory rather than voluntary.

Sonia Zaafrani, head of the IDB, said in a statement regarding the report that the initiative has been working on a voluntary basis for five years and 1,096 incidents were registered in that time period.