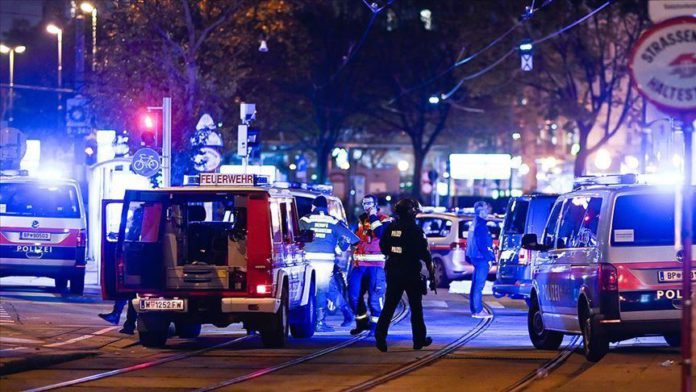 Austria’s interior minister said Wednesday that the gunman who killed four people in the capital Vienna on Monday had tried to illegally purchase bullets from Slovakia in July, and that it had been known by the Austrian intelligence.

The gunman, later identified as Kujtim Fejzulai, had both Austrian and Macedonian citizenships, traveled to Slovakia in search of ammunition but was turned down because he had no gun license, Karl Nehammer confirmed speaking to reporters.

This information was known by the Austrian intelligence but it was not shared with the prosecutors, Nehammer added.

The attacker was acting alone, the minister also noted.

Noting the investigation into the terrorist act is continuing, he said that 14 people who were thought to be related to the 20-year-old terrorist were arrested and that these people have various nationalities.

Turkey deported terrorist to Austria before

A top Austrian Interior Ministry official said the terrorist was arrested and deported to Austria over suspicion by Turkish authorities.

Franz Ruf, the director-general for public security, said the 20-year-old assailant tried to go to Afghanistan but could not, because he did not have a visa in 2018.

He later went to Turkey and tried to cross into Syria, but he was arrested by Turkish authorities and deported to Austria, Ruf said.

Although sentenced to 22 months in prison, he was released on probation 11 months before he completed his sentence, added Ruf.

Austrian authorities also identified people who died at the terrorist attack. Two of the victims were Austrian citizens, one was German, and the other North Macedonian.