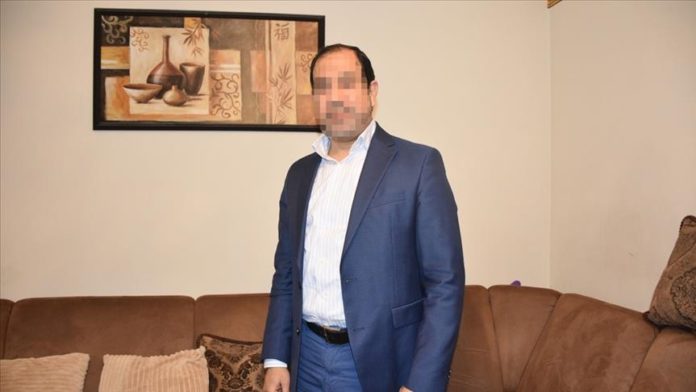 An imam and his family in Vienna have continued to suffer from the psychological and physical effects of police violence after their home was raided under the pretext of a “terror operation.”

The police using disproportionate force against people well-known to the public and treating them as terrorists led to reactions from various groups. Many non-governmental, journalists and writers called for the issue to be urgently clarified.

Excessive police force during the raids has left its mark on the members of a family that were subjected to violence by the security forces.

Among them, an imam whose home was raided spoke to Anadolu Agency about what they experienced during and after the police operation.

The imam, who has asked not to be named and so will be referred to as I.M.E., has resided in Austria since 1998 and said he has been working as a manager at a non-governmental organization alongside his services as an imam for the local Muslim community.

An Austrian national, I.M.E. said he thought a thief had entered their dwelling or that a fire had broken out when he first heard the noise and commotion until coming face-to-face with the police officers at their door.

“They laid me on the ground without any warning. I didn’t resist at all and remained very calm. Even though I was calm and didn’t resist, one of them got on my back with his knee,” he recounted.

He said he yelled in pain as the bulky police officer exerted pressure on his back where he suffered from a condition in his chest and ribcage. “As if that wasn’t enough, while I was facedown on the ground, they forcefully and erratically turned my head to the right and left to take my photo.”

The police would only later show him their warrant by which they conducted a meticulous search of his home, said the imam, adding that he thought he would die throughout the ordeal.

‘Losing confidence in my country’

I.M.E. still wonders why he was subjected to this kind of treatment.

“I’ve always stressed the importance of adapting to this country, as well as respecting and obeying the laws in my khutbahs [public sermons]. I opposed all forms of extremism and terror, from whichever source, and [urged] working towards strengthening peace,” he said.

Adding that the experience had been a blow to his confidence in his country, he said the Austrian officials should have spent more time finding the actual terrorists who committed terror attacks instead of monitoring Muslim civilians.

The government could have sent normal police to his door instead of the special forces, he said, voicing his disappointment.

He recounted that was subsequently questioned for 12 hours before being allowed to return home, where he had to learn what the other members of his family had experienced during the raid.

After witnessing the police barge in with long-barreled firearms, his wife fainted and remained unconscious for 10 minutes, while their 8-year-old daughter screamed when she heard his father’s voice but was prevented by the police from reaching his side.

With his own chest pain having worsened after the raid, he added that he had been deemed unable to work by medical professionals.