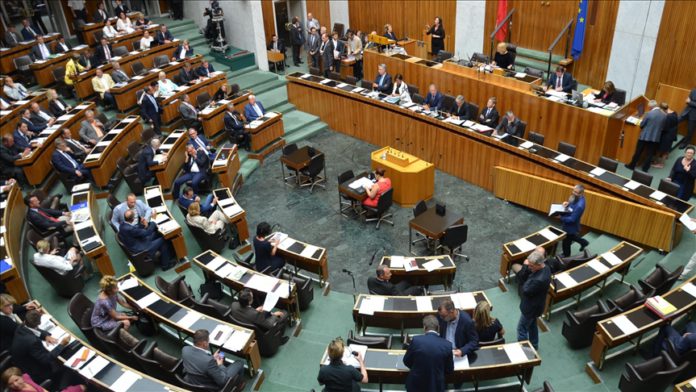 Speaking during the press conference, Interior Minister Nehammer said a “terror record” would be created if lawmakers pass the new draft law.

The country’s existing 2014 “Symbol Act” will also be revised to include symbols of the racist “Identitarian Movement,” Nehammer added.

For her part, Zadic said the country would use the phrase “religiously-motivated extremism” in fighting extremism instead of the “political Islam,” a term previously used by Austrian Chancellor Sebastian Kurz as a criminal offense, sparking criticism from Muslim communities in the country.

She also announced that ankle monitors would be used for those convicted or released on bail for terrorism charges, adding that the €6 million ($7.3 million) budget had been earmarked for protection and prevention measures against terrorism.

The changes in the law will create a new legal basis to close mosques deemed to have been radicalized more easily and quickly.

The new draft law will be examined by the commission for six weeks before it is finalized.