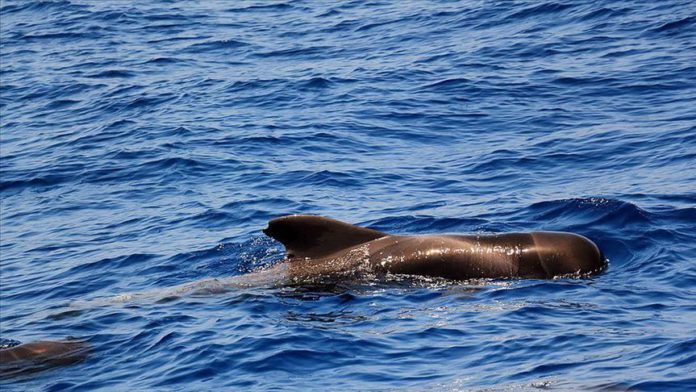 At least 100 stranded whales were rescued during an ongoing mass operation in Australia’s southern island state of Tasmania.

Expecting to save 12 more whales, authorities also raised concern over the rescue operation on the coast as heavy winds and rains continue.

“I think everyone’s tired and feeling the fatigue. They’ve been long days. The people on site working on the water are those doing it hardest,” incident controller Nic Deka said.

Earlier, a statement by the Department of Primary Industries, Parks, Water, and Environment said aerial surveying has detected an additional group of about 200 whales stranded further south in the Macquarie Harbor on Tasmania’s west coast.

This is one of the biggest mass beaching incidents in Australia’s southern island state of Tasmania.

“The additional whales were found seven to ten kilometers [6.2 miles] deeper into the harbor and are believed to be part of the same mass stranding event at [the town of] Strahan [in Tasmania’s west coast]. This brings the total number of whales for the mass stranding to more than 450,” said the statement.