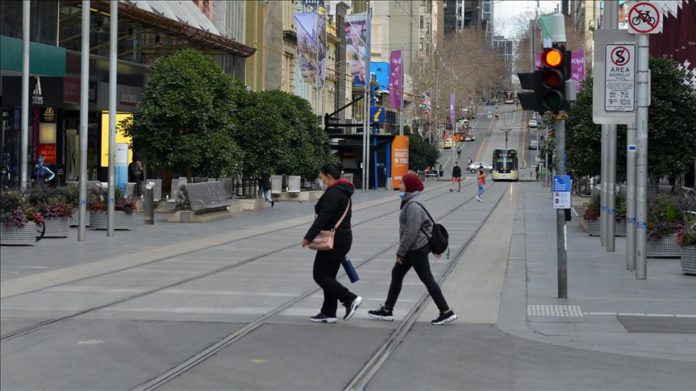 Australia’s economy saw record shrinkage from April to June, with growth at minus 7%, its most severe fall in quarterly gross domestic product (GDP) since 1959, according to official data on Wednesday.

The data released by the Australia Bureau of Statistics also confirmed a 0.3% decline from January to March, indicating that the country’s economy contracted for two consecutive quarters.

“The combined effect of the pandemic and the community and government responses to it led to movements of unprecedented size, not only in GDP but also in many of the other economic aggregates in the June quarter National Accounts,” said Michael Smedes, head of national accounts at the bureau.

“The global pandemic and associated containment policies led to a 7.0 per cent fall in GDP for the June quarter. This is, by a wide margin, the largest fall in quarterly GDP since records began in 1959.”

According to the data, private demand detracted 7.9% from GDP, driven by a 12.1% fall in household final consumption expenditure.

“Spending on services fell 17.6 per cent, with falls in transport services, operation of vehicles and hotels, cafes and restaurants,” Smedes added.

April-June also saw a significant contraction in household spending on services, due to altered behavior and restrictions put in place to contain the spread of the novel coronavirus.

Defense spending also increased as personnel were deployed to assist with managing the COVID-19 pandemic.

The household saving to income ratio rose to 19.8% from 6%, driven by the fall in consumption expenditure.

Hours worked fell a record 9.8%, outpacing the record 2.5% decline in wages which were supported by JobKeeper payments, a government wage subsidy scheme to support employees and businesses amid the outbreak. Cash social benefits rose by a record 41.6%, due to an increased number of recipients and additional support payments.

General government net saving fell to $82.6 billion from $1.2 billion from January to March, reflecting the government’s economic response to the COVID-19 pandemic, which resulted in record-high subsidy payments of $55.5 billion and reduced tax income received, according to the bureau.

Australia so far recorded 25,923 COVID-19 cases with 663 deaths, according to Johns Hopkins University.