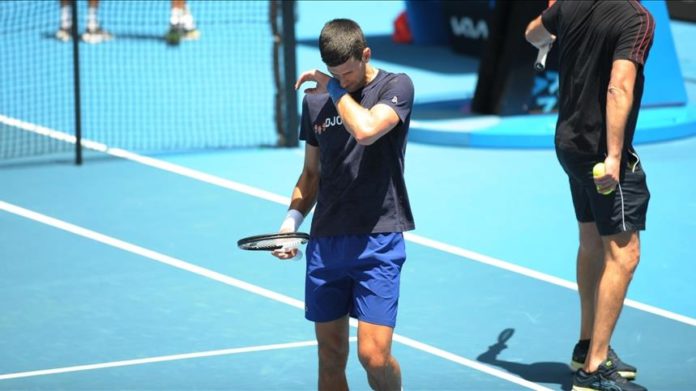 Serbia’s president lashed out at Australia on Sunday after a federal court ordered the deportation of tennis superstar Novak Djokovic.

Aleksandar Vucic said Australian authorities harassed “the world’s best tennis player for 11 days to eventually give him the decision they made on the first day.”

“They think that this harassment humiliated Djokovic, but they actually humiliated themselves,” he asserted.

Vucic said Djokovic would have reconsidered his decision to compete in the Australian Open or may have taken the vaccine, if Australian authorities had clarified that unvaccinated people cannot enter the country.

His comments came hours after a three-judge federal court bench unanimously rejected Djokovic’s appeal against the cancellation of his visa.

Djokovic, the top men’s tennis player, had been given a medical exemption by Australian authorities to travel to the country to defend his Australian Open title and chase a record 21st Grand Slam win.

However, he was detained by immigration authorities when he arrived in Melbourne on Jan. 6.

He filed an appeal against the move and a court ordered his release on Jan. 10, but the Serbian athlete was detained again on Saturday, after Australia’s Immigration Minister Alex Hawke used discretionary powers to cancel his visa.

“You have seen in the most meaningless court process how much the prosecutor is lying. They simply lied. They say that less than 50% of Serbia’s citizens are vaccinated, when the official figure is 58%, which is more than many European Union countries,” he said.

Vucic added that Djokovic “can return to his country with his head held high.”

“I find it unbelievable that we have two completely contradictory court decisions within the span of just a few days,” Brnabic said, adding that Djokovic “had endured both physical and psychological harm” during the saga.

“I am disappointed … I think it demonstrated how the rule of law is functioning, or better to say not functioning, in some other countries. In any case, I can hardly wait to see Novak Djokovic in our own country, in Serbia.”

Flu vaccine demand seems up in northern hemisphere: WHO