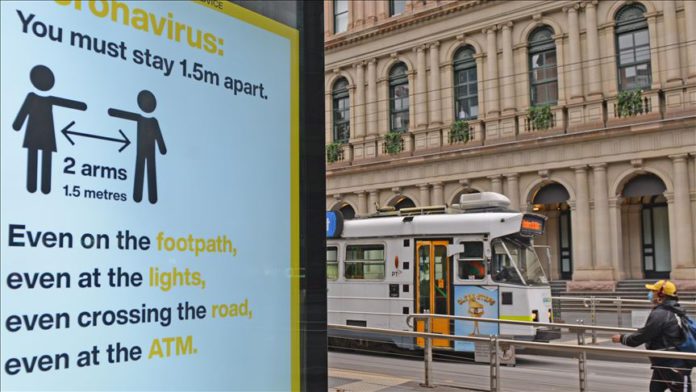 Andrews termed the spike in infections as “no less than a public health bushfire”.

“This is no less serious than a bushfire … just like we sent air bombers and firefighters earlier this year … this is a public health bushfire,” said Andrews.

Australia has been routinely facing bushfire, one hit the country most recently, just before COVID-19 pandemic hit the world.

The authorities have identified hotspots and 800 health workers will go door-to-door with a new type of coronavirus saliva test to check on people.

Health officials conducted 20,304 tests for virus in the last 24 hours.

Australia has reported 7,558 cases of the infection, so far, and conducted over 2.22 million coronavirus tests.

The national death toll rose by one when health officials said an 85-year-old nursing home resident from Bankstown in Sydney’s southwest died of the disease on April 27.

Qantas, the flag carrier of Australia and its largest airline by fleet size, also said it will continue to stand down 15,000 workers as part of its recovery plan.

Founded in November 1920, the airlines is the third oldest in the world. It started international passenger flights in May 1935.

One case was reported in Rotorua and two others in Christchurch, daily New Zealand Herald reported.

A total of 22 people died in the country due to the infection. Health authorities have conducted 368,432 tests to determine the coronavirus.

Since emerging in China last December, the virus has spread to at least 188 countries and regions, and Latin America is among the most severely affected regions at present, according to Johns Hopkins University.

More than 9.43 million COVID-19 cases have been recorded worldwide, including over 482,800 deaths and recoveries surpassing 4.74 million.

Erdogan optimistic about Turkish economy in 2020