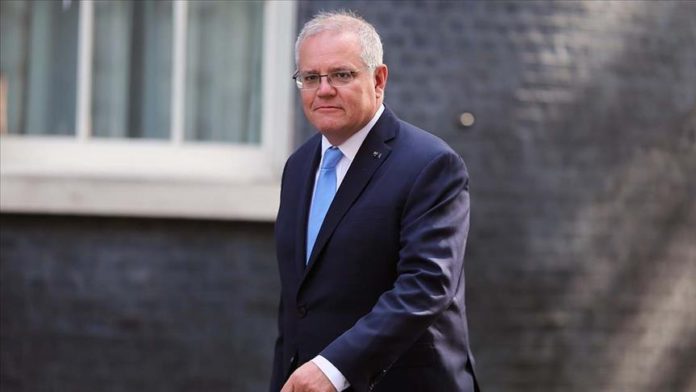 “Australia has been one of the closest and strongest friends of Israel of any nation in the world, other than the United States. And we continue to be a very strong friend of Israel,” Morrison told reporters in Sydney when asked if he would condemn Israel and reassess the government’s relationship after the report.

“There are criticisms made of all countries, but I can assure you that Australia and my government, in particular, will remain a staunch friend of Israel,” he added.

Morrison’s comments were criticized by the Australia Palestine Advocacy Network which said Canberra is protecting Israel from accountability.

He urged the Australian government to take the Amnesty report seriously and impose an arms embargo on Israel and recall its envoy.

“The report’s findings are concerning, and we expect the government to review it closely, assess the situation on the ground, and make representations about Australia’s view,” Wong told the Australian broadcaster.

London-based human rights watchdog Amnesty International published the report Tuesday that claims Israeli authorities enforce “a system of oppression and domination against the Palestinian people wherever it has control over their rights.”

“Massive seizures of Palestinian land and property, unlawful killings, forcible transfer, drastic movement restrictions, and the denial of nationality and citizenship to Palestinians are all components of a system which amounts to apartheid,” it said.

The West Bank, including East Jerusalem, is occupied territory under international law, thus making all Jewish settlements there illegal.