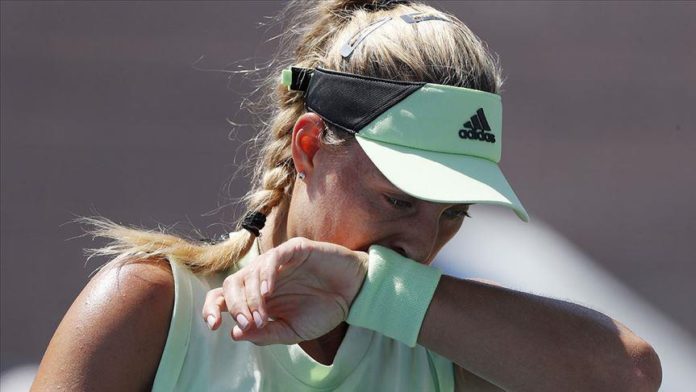 Angelique Kerber, the 2016 Australian Open winner in women’s singles, had an early exit from the 2021 edition of the tournament on Monday.

No. 66 seed Bernarda Pera from the US beat the German athlete 6-0, 6-4 at the Margaret Court Arena.

Pera will play against Zarina Diyas of Kazakhstan in the next stage.

Kerber, 33, ranked 23th in the world standings. She was the winner of the 2016 Australian Open and the US Open as well as the 2018 Wimbledon.

The first major tennis contest of the year, the 2021 Australian Open has started as the first-round games are held in women’s and men’s singles in Melbourne.

Naomi Osaka, the 2019 winner in women’s singles, bagged the ticket for the 2021 Australian Open second round.

World no. 3 Osaka from Japan eliminated her Russian opponent Anastasia Pavlyuchenkova 6-1, 6-2 in the first stage held at Rod Laver Arena.

Osaka will play against France’s Caroline Garcia in the second round.

A seven-time Australian Open champion in women’s singles, Serena Williams made her way to the second round after she defeated German player Laura Siegemund.

No. 10 seed Williams knocked Siegemund out of the tournament, winning both sets 6-1 at the Rod Laver Arena.

In the next round, Williams will take on Serbian opponent Nina Stojanovic.

She last won the Australian Open in 2017.

Monfils out of 2021 Australian Open

One of the important players in men’s singles, French national Gael Monfils was stunned by Finnish player Emil Ruusuvuori, a shocking elimination in the tournament.

The game at the Court 13 lasted three hours and 46 minutes.

World no. 86 Ruusuvuori will play against Spain’s Pedro Martinez in the second round.