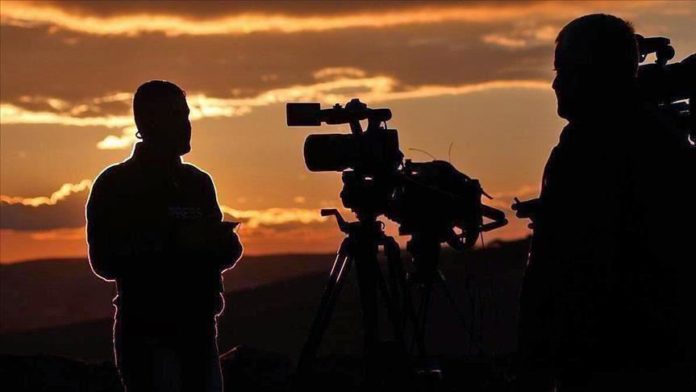 Two Australian journalists in China, who were barred from leaving the country, returned home on Tuesday after being questioned by Chinese authorities in connection with a “national security case.”

Bill Birtles, the Australian Broadcasting Corporation’s (ABC) correspondent in Beijing, and Mike Smith, a reporter for the Australian Financial Review (AFR) who was based in Shanghai, were questioned separately by China’s Ministry of State Security, the ABC reported.

The pair had taken refuge in Australia’s Beijing Embassy and Shanghai consulate last week after simultaneous midnight visits by Chinese officials, who informed them that they were banned from leaving China.

The incident came amid an escalating diplomatic standoff between Canberra and Beijing, and Australian officials said the journalists’ return home was made possible only after lengthy negotiations with Chinese authorities.

“Our Embassy in Beijing and Consulate-General in Shanghai engaged with Chinese government authorities to ensure their wellbeing and return to Australia,” Australia’s Foreign Minister Marise Payne said in a statement.

She confirmed that the two journalists “have now arrived in Australia.”

The warning was heeded and the duo was set to fly out after a few days.

However, the plan was thwarted when Chinese officials showed up at their houses to tell them they could not leave because they were to be questioned over a “national security case,” the ABC reported.

The journalists then contacted Australian officials and were moved to the embassy in Beijing and consulate in Shanghai, where they were interviewed by Chinese officials within the next few days.

According to the ABC, Birtles was not asked anything about “his reporting or conduct in China,” with the questions focused on Cheng Lei, an Australian journalist working for Chinese state broadcaster CGTN who has been detained since last month.

In July, amid worsening bilateral relations, the Australian Foreign Ministry advised citizens against traveling to China, warning that they “may also be at risk of arbitrary detention.”

In her statement on Tuesday, Foreign Minister Payne said the “travel advice for China … remains appropriate and unchanged.”

She also mentioned the detained journalist Cheng, saying that the government was providing “consular support to Australian citizens detained in China, including Ms Cheng Lei.”

Beijing has another Australian, an academic named Yang Hengjun, in custody since last year on suspicion of spying.

It also suspended its extradition treaty with Hong Kong citing a lack of “trust and confidence” due to a new security law imposed by China in the semi-autonomous region.