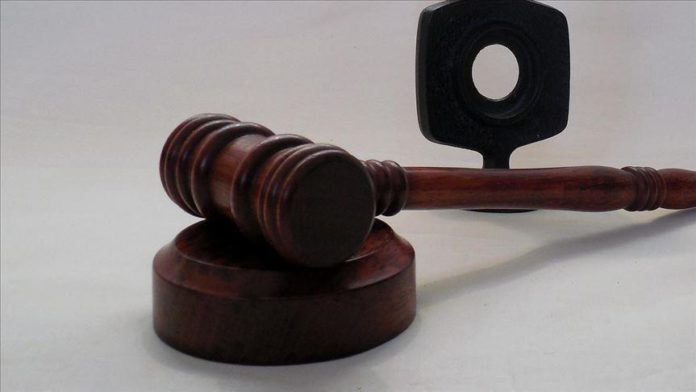 An Australian man has been charged with terrorism-related offences as court documents revealed he allegedly called for murder of “non-whites, Jews and Muslims,” local media reported on Thursday.

Australian Federal Police said in a statement that the man from the southern New South Wales city of Albury has “regularly used social media forums and communications applications during 2020 to encourage other people to commit violent acts in furtherance of an extreme right-wing ideology.”

Tyler Jakovac, 18, was arrested from his home on Wednesday morning after police launched an investigation into his online communications.

He was taken into custody hours after allegedly posting comments online suggesting he was “willing to be involved in a mass casualty event,” ABC News reported.

“Investigators became concerned about the escalating content of some of the man’s communications, which allegedly indicated his willingness to commit a violent and criminal act,” read the Australian police statement.

“The sole aim of today’s activity was to ensure the safety of the community by preventing further planning, preparations, or advocacy by this man that could have resulted in an attack in Australia,” said Scott Lee, Australian Federal Police’s assistant commissioner for counter terrorism.

Jakovac was charged on two counts – urging violence against members or groups and advocating terrorism – and if proven guilty, can be jailed for upto 12 years for each offence.

His case was put before Albury Local Court on Thursday but he was not presented physically. The case will now be taken up in Sydney on Feb. 26.

This case comes as Australia’s Parliament has started a probe into rising far-right extremism and radicalism in the country.

“The Parliamentary Joint Committee on Intelligence and Security has commenced an Inquiry into extremist movements and radicalism in Australia with terms of reference from the Minister for Home Affairs,” a notice on the Parliament website read on Wednesday.

The investigation was launched on the opposition Labor Party’s demand.

The inquiry is to be completed by April 2021 and the committee has invited written submissions “addressing any or all aspects of the inquiry” until Feb. 12, 2021.