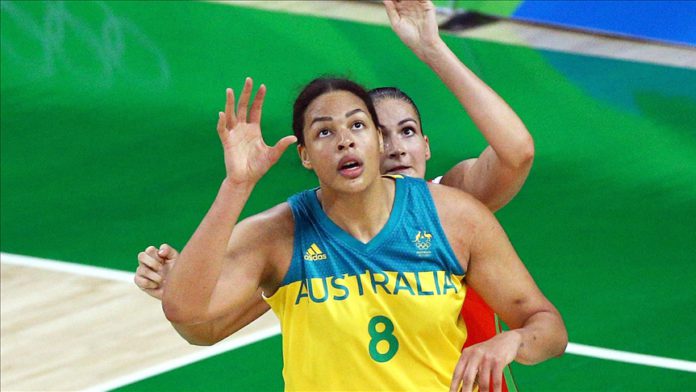 Australian women’s national basketball team player Elizabeth Cambage said on Friday she will not participate in the Tokyo 2020 Olympics.

“It breaks my heart to announce I’m withdrawing from the Olympics, but I think it’s best for the Opals [Australia] and myself,” she said on Twitter. “I wish them nothing but the best of luck in Tokyo and I hope they go forth and win a gold medal …”

The Opals is the nickname of the Australia women’s national basketball team.

The 29-year-old said she has struggled with mental health in the past, and has recently been “really worried about heading into a ‘bubble’ Olympics.”

“No family. No friends. No fans. No support system outside of my team. It’s honestly terrifying for me. The past month I have been having panic attacks, not sleeping and not eating,” she said.

Cambage, who is also playing for Las Vegas Aces in the women’s NBA (WNBA), is a bronze medalist with Australia in the 2012 Olympics in London.

The Opals without Cambage will face Belgium, China and Puerto Rico, respectively, in the Olympics’ group stage that will begin on July 27.​​​​​​​

A fourth wave of COVID-19 infections in Japan driven by the Delta variant, a strain first identified in India, prompted authorities to declare a state of emergency in Tokyo and surrounding prefectures.

This led the Tokyo 2020 organizers to ban all spectators from the game venues, and impose Olympic “bubbles” to restrict contact between participants and the general public.

“Liz has made a great contribution to the Australian Olympic Team over two Olympic Games campaigns. We respect her decision and wish her the best in returning to full health,” Ian Chesterman, the committee head, said in a statement.