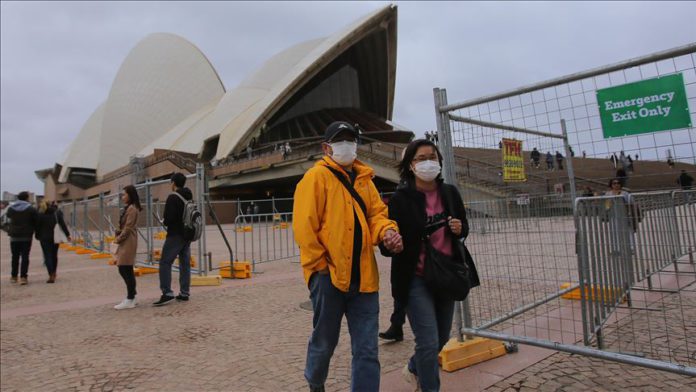 Thousands of people will soon be able to attend sports and entertainment events across Australia, as the government moves to further relax coronavirus restrictions, local media reported on Friday.

Prime Minister Scott Morrison said new rules would allow stadiums with capacity of 40,000 or over to host crowds of up to 10,000 people, ABC News reported.

Addressing a news conference after a Cabinet meeting, he said the changes would apply to sports events, concerts, and festivals, with the condition of venues only filling quarter of their seats.

“It would have to be a large, open area. There would need to be seats at the appropriate distance. It would need to be ticketed, so people would be able to understand who was in attendance at that event,” Morrison said.

“If we’re talking about large folk festivals where people roam around from tent to tent, and gathering to gathering, that is not something that is being talked about here.”

The government also removed the 100-person rule on indoor gatherings but wants social distancing measures to remain in place.

“That would allow for weddings and funerals to only be limited by the size of their venue,” Morrison said, adding that nightclubs would remain shut.

According to the premier, all states and territories are “on track to complete to move to the new rules next month.”

“Events where you have a large number of people who don’t know each other, and who we can’t contact-trace easily or track, are one of the highest-risk events. These sorts of events really are dangerous,” he said.

He becomes the second senior official to criticize the anti-racism demonstrations, a day after Morrison said they were “completely unacceptable” and threatened to bring charges against protesters.

Like Murphy, the premier tried to dissuade people from joining the protests, saying they were “setting back” efforts to lift coronavirus restrictions in Australia, where 7,289 cases and 102 deaths have been recorded to date.