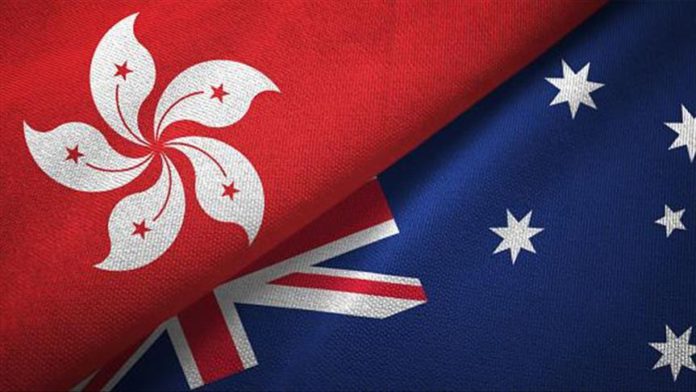 Australia suspended its extradition treaty with Hong Kong, the country’s premier announced on Thursday, citing a lack of “trust and confidence” due to the new security law imposed by China.

“With any extradition agreement, there needs to be trust and confidence between the two legal systems,” Prime Minister Scott Morrison said at a news conference in the capital Canberra, ABC News reported.

He said visas of Hong Kong residents already in Australia will be extended by up to five years.

According to ABC News, students and people with temporary work visas can apply for an extension and will also have the opportunity to seek permanent residency.

“The most significant impact of the decisions we’ve made today are for those around 10,000 people who are already in Australia,” said Morrison.

He said the law enforced by Beijing on its special administrative region has increased the “risk of someone being sent to Hong Kong and ending up in mainland China.”

The National Security Law came after months of protests in Hong Kong last year against a move to legalize extradition of accused people to mainland China.

“You want the other country to treat a criminal defendant in a fair way, according to international standards, when you extradite someone to them,” said Morrison.

‘Australia lifting a rock to hit its own feet’

The Australian premier’s announcement was criticized by Beijing as interference in “China’s internal affairs.”

He warned that all “resulting consequences will be borne entirely by the Australian side.”

Earlier, the Chinese Embassy in Canberra said it “deplores and opposes the groundless accusations and measures announced by the Australian government with regard to Hong Kong.”

In a statement, it said Australia’s “hypocrisy and double standard is exposed in full” and urged Canberra to “immediately stop meddling in Hong Kong affairs and China’s internal affairs.”

“Otherwise it will lead to nothing but lifting a rock only to hit its own feet,” read the statement.

This the latest move in an ongoing series of confrontations between Canberra and Beijing.

Australia recently issued a travel advisory this week warning citizens they could be “at risk of arbitrary detention” in China, a claim rejected by Beijing.

Tensions between the two also increased after Australia joined its western allies in seeking a probe into the origins of the COVID-19 pandemic.

China’s envoy to Australia has hinted that Beijing may go for trade restrictions against Canberra.

Beijing has also accused Australia of waging an espionage offensive against Chinese interests.