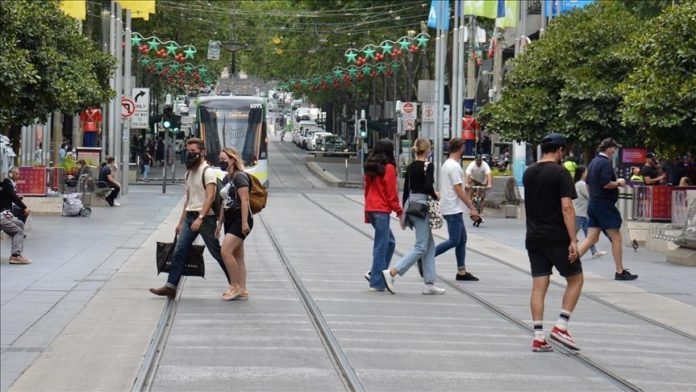 Australia reported 77 coronavirus deaths, the highest single-day fatalities since the pandemic outbreak in the country in 2020, local media reported on Tuesday.

Most of the fatalities on Monday were reported from the country’s two most populous states, New South Wales (NSW) and Victoria, with 36 and 22, respectively, ABC News reported citing state health authorities.

Twelve other fatalities were reported in Queensland.

The growing number of cases puts the country’s health care system under pressure, as over 5,000 people are currently hospitalized, with over 400 in intensive care units (ICUs).

Prime Minister Scott Morrison on Monday called the spreading of omicron a “challenging part of the pandemic” that was putting strain on their system.

“Now omicron has changed everything… changed absolutely everything. We’re now dealing with the virus that is far more transmissible, but 75 percent less severe. It’s putting a lot of stress on our critical supplies, and we’ve made a number of changes to ensure we can try and alleviate that,” Morrison said during his interview with local 2GB radio.

He added that omicron has disrupted everything and urged people not to go to hospitals if they have just mild symptoms.

“I know that our health workers on the frontline in our hospitals are under enormous pressure. And the reason for that is particularly because of the impact of people getting COVID or being close contacts, which takes them out of the health workforce, which puts more strain on the system,” the prime minister said.

The country has so far reported over 1.83 million cases with 2,750 deaths, according to US-based Johns Hopkins University data.

95% of people over the age of 16 have received their first dose of the COVID-19 vaccine, whereas 92.6% of people are fully vaccinated.