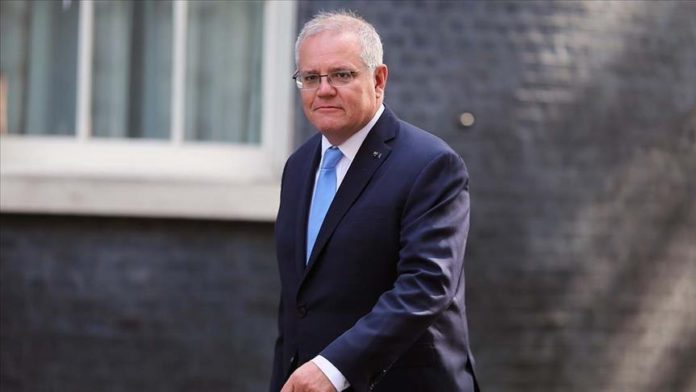 Australia is ready to move forward with positive relations with China, but without any conditions, the nation’s prime minister said on Tuesday.

Morrison told Chinese media journalists in a virtual meeting that he has yet to meet Beijing’s new envoy to Canberra.

“We’ve always wanted a positive relationship with China, where we can trade with each other, but that must come without any strings,” the prime minister said in response to a question regarding the statement last month by Xiao Qian, China’s new ambassador to Australia, that Beijing wants to repair relations with Canberra.

Both countries should move forward, but there should be no preconditions, he stressed.

He was referring to the Chinese government’s conditions for repairing ties with Australia last year, in which Beijing asked Canberra not to interfere in its internal affairs.

“I don’t think it means that we still can’t work together, particularly on humanitarian issues and many other issues and economic issues,” he said, adding that both countries’ commercial links should be maintained.

He called the Chinese government’s imposition of heavy taxes on Australian goods “unfair” and targeted action against his country.

There has not been any political dialogue between ministries or with the Chinese government for a long time, but there is no barrier, Morrison said, adding: “We are happy to meet and discuss matters and resume those discussions at any time.”

However, he wished to continue using it if the Chinese company restored his access.

“If there is an opportunity, then perhaps we will do that. But at the moment, all I can say is that I’m very disappointed that I have been censored in that way,” he said.

WeChat blocked Morrison’s access to his account, which has over 76,000 followers, last month, saying he did not own it.

Later, several Australian MPs announced a boycott of WeChat in protest of the company’s action.

Morrison said he set up the account to remain in touch with the Chinese community in Australia.

Relations between Beijing and Canberra turned sour after the latter joined its Western allies in seeking a probe into the origins of COVID-19, which first appeared in Wuhan, China in December 2019.