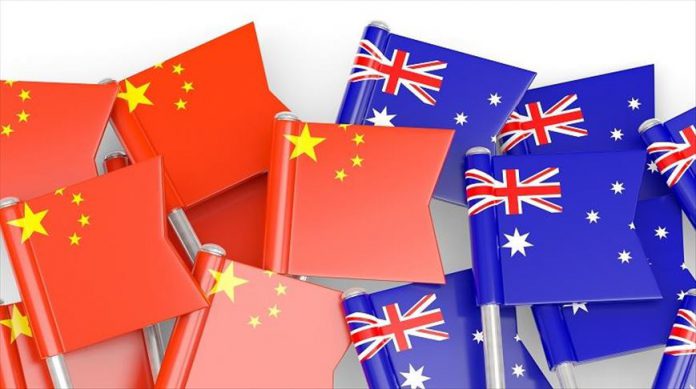 Australia on Tuesday called China’s envoy to the country to explain recent comments seen as threats of economic boycott if Canberra insists on an international investigation into the origins of the novel coronavirus.

Australian Trade Minister Simon Birmingham said the government called Chinese Ambassador Jingye Cheng to discuss remarks made during an interview viewed as “threats of economic coercion” to force the country to withdraw its demand for a probe into the emergence of the COVID-19 pandemic.

According to Sydney-based public news broadcaster ABC news, Frances Adamson, head of Australia’s Foreign Affairs and Trade Department, called Cheng, who had warned of a potential Chinese consumer boycott against Australian goods and services in an interview with daily Australian Financial Review.

Canberra has been seeking a probe and efforts to boost the World Health Organization’s (WHO) powers of inspection into the ongoing pandemic.

US President Donald Trump, an ally of Australia’s Morrison government, also hinted that his administration would conduct an investigation into China over its role in the pandemic.

Over 211,00 people have died due to COVID-19 after first emerging in China’s city of Wuhan last December. It has spread to 185 countries and territories, affecting over 3.05 million people, according to data compiled by the US-based Johns Hopkins University. The US is the worst-hit country with more than 55,000 deaths and over half a million confirmed cases.

“The Chinese public is frustrated, dismayed and disappointed with what Australia is doing now,” Cheng said, responding to a question on Canberra’s probe push.

Birmingham said these comments were “disappointing,” and that the government’s position would not change.

In its first reaction to China, Australia’s Foreign Minister Marise Payne said on Monday that her government rejected “any suggestion that economic coercion is an appropriate response to a call for such an assessment, when what is needed is global cooperation.”

“Australia has made a principled call for an independent review of the COVID-19 outbreak, an unprecedented global crisis with severe health, economic and social impacts,” she said.

Boycott would be ‘disaster’ for Australia

Growing by 10% over the last five years, bilateral commerce between Australia and the world’s second-largest economy has yielded a trade surplus for Canberra, fueled by a rise in its exports of natural resources including natural gas, metal ores and minerals, coal, coke and briquettes and agricultural products such as meat and cereals.

Iron ore and coal are among the country’s major exports to China and account for 25% of Australia’s total exports.

China tops the list among countries with which Australia enjoys a trade surplus, followed by Japan and New Zealand.

A China-wide boycott could hit Australia hard, losing it billions of dollars in education, tourism and agriculture revenue.

Besides, Australia’s exports of beef, seafood and dairy are also financially exposed to a deteriorating relationship, according to the daily Sydney Morning Herald.

In a statement to ABC news, the Chinese embassy said Adamson “tried her best” to defend the proposed inquiry.

“She also admitted it is not the time to commence the review now and Australia has no details of the proposal,” the statement said.

However, the Chinese statement added that Cheng “flatly rejected the concern expressed from the Australian side over his remarks during the recent AFR [Australian Financial Review] interview, and called on Australia to put aside ideological bias, stop political games and do more things to promote the bilateral relations.”