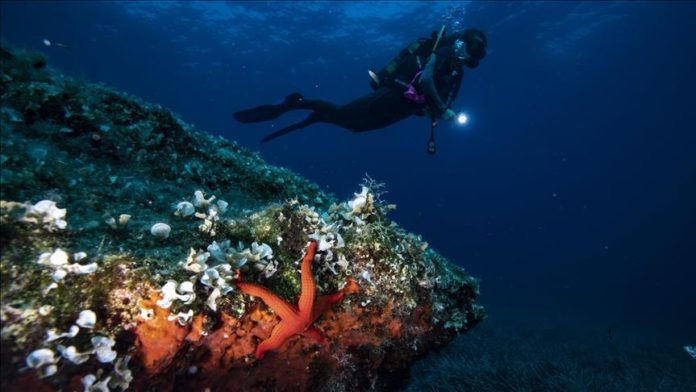 Australia on Friday announced $700 million to protect the Great Barrier Reef, the world’s largest coral reef that is home to more than 1,500 types of fish, over 400 kinds of hard corals and many other species.

In a statement, Prime Minister Scott Morrison said his government will invest in conservation projects over nine years, an initiative that will also support 64,000 jobs in Queensland.

“We are backing the health of the reef and the economic future of tourism operators, hospitality providers and Queensland communities that are at the heart of the reef economy,” he said. “This is already the best managed reef in the world and today we take our commitment to a new level.”

The additional funding will add to an existing $1.4bn package in the Reef 2050 plan to shield the reef from environmental threats over the next three decades.

It will fund projects that reduce erosion and prevent illegal fishing, besides research and community-led projects including species protection and habitat restoration.

Stretching over 2,300km (1,400 miles) off Australia’s north-east coast, the Great Barrier Reef is one of the most biodiverse ecosystems in the world.

The negative effects of climate change and natural disasters are said to have had a devastating impact on the reef, with studies suggesting it has lost 50% of its coral populations in the last three decades.

Environment Minister Sussan Ley said the “record level” funding is driven by the “best science and engagement with local communities and industries.”

“From breakthrough science in coral seeding and restoration, to improved water quality, the latest on water management and compliance systems, as well as the protection of native species, we are working across every aspect of the reef,” she said.

Special Envoy for the Great Barrier Reef Warren Entsch said the government is working hand in hand with Reef communities.

“The Reef is an amazing place for people to visit and, particularly as local businesses start to recover, I encourage people to come up and see that for themselves.

“This funding will help us keep it that way and ensure that we remain the best Reef Managers in the world,” he said.

The move comes ahead of a general election in May, and days before Canberra is due to update UNESCO on its plans to preserve the natural wonder.

The announcement, however, was followed by criticism as the Climate Council called it “golden Band-Aid” spending.

“Unless you are cutting emissions deeply this decade the situation on the Reef will only get worse. This is essentially like using a bunch of Band-Aids to try and mend a broken leg,” said Prof. Lesley Hughes, climate councilor at the non-profit.

“Any additional funding for the environment in Australia is welcome, as it is severely under-resourced. However, handing out cash for the Great Barrier Reef with one hand, while funding the very industry – fossil fuels – that’s driving devastating climate impacts like marine heatwaves and coral bleaching, means they are adding to the very problem they are claiming they want to fix,” she added.

The statement termed the federal government’s 2030 target of 26-28% reduction in emissions “woefully inadequate.”

The Australian Conservation Foundation welcomed funding for improved water management, but said “without serious climate action, the reef is doomed.”

3 Turks to compete in 2021 Australian Open