TurkishPress
Home News Australia ‘not too far away’ from easing restrictions 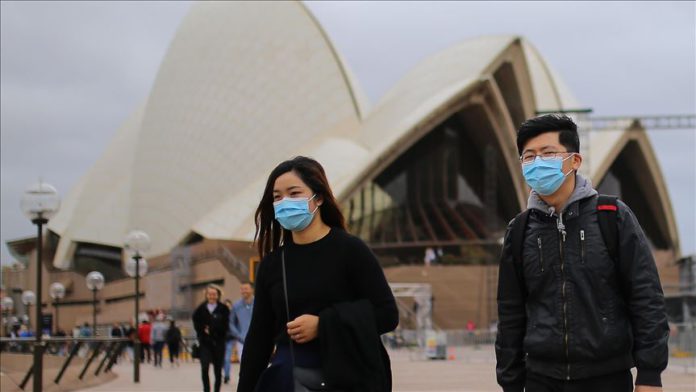 Australia is “not too far away” from easing the coronavirus lockdown restrictions, the country’s premier said on Wednesday.

“Australia was on the road back to an economy safe from COVID-19 and that success could mean easing restrictions soon,” Scott Morrison said at a news conference in the capital Canberra, aired live on Twitter.

“You’re already seeing that happen with many of the states and territories,” he added. Under new measures, the premier hinted at easing domestic travel and opening of restaurants.

Australia has 6,746 confirmed cases of coronavirus, with the death toll reaching 90.

The federal Cabinet of Australia will decide on future course of action on COVID-19 on May 11.

However, country’s Deputy Chief Medical Officer Paul Kelly has said the app could not replace the human expert tracing.

“Expert contract tracing will continue despite the introduction of the government’s COVIDSafe app. While the app would assist the process, it would not replace human expert tracing,” Sydney Morning Herald quoted Keely as saying.

Kelly added that there is a possibility of second wave of the virus in the country.

“I can’t see international travel occurring anytime soon, the risks there are obvious. The only exception to that … is potentially with New Zealand, and we have had some good discussions about that,” he told the news conference.

Early this week, a group of eight universities have suggested government to continue border restrictions for at least six months, with few exceptions that includes New Zealand and other countries that had successfully contained the virus.

Australia on Wednesday also marked 250th anniversary of British arrival on its territory.

Since the country is under lockdown due to COVID-19 pandemic, the commemoration of British explorer James Cook’s arrival remained dim.

Morrison’s government shelved its A$48.7 million ($31.7 million) commemorations plans which included incorporation of a duplicate of the HMS Endeavour, Captain Cook’s Royal Navy vessel, circumnavigating Australia, according to ABC14News.

Turkish stocks up 2.37% at Friday opening