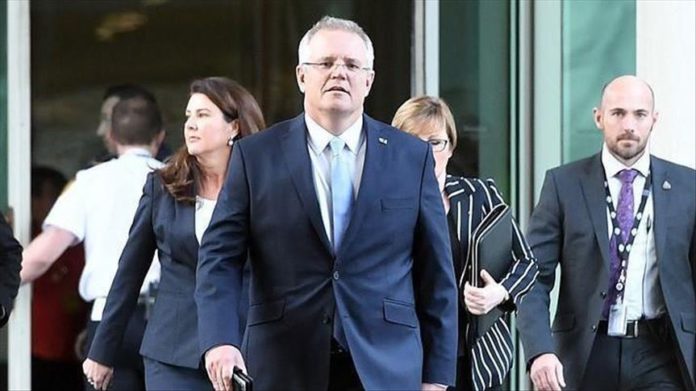 Australia is preparing to offer a “safe haven” for Hong Kong residents following China’s passing of the national security law, its prime minister said on Thursday.

Scott Morrison said he was “very actively considering proposals to provide support” to residents of the semi-autonomous city who are worried about their future.

“We are considering very actively the proposals that I asked to be brought forward several weeks ago,” he told a press conference when asked if Canberra could consider similar opportunities as being offered by London.

The UK’s new immigration rules will allow all British Overseas Nationals and their dependents to live and work in the UK for up to five years, and then give them a path towards full British citizenship.

Australia, like other countries including Britain, the US and Canada, has criticized China for the contentious law, a development slammed by Beijing as “foreign intervention.”

“We do find these events very concerning… this is not a position Australia has commented on in isolation. We have done so with many other like-minded countries about these events. The basic law and the safeguards that were put in place with the handover, we would expect to be upheld,” Morrison said.

Hong Kong has been part of China since the 1997 handover from Britain under the “one country, two systems” principle. Critics say the new law, which will make it a crime to undermine Beijing’s authority in the territory, means to destroy the formula.

Meanwhile, Australia has asked its citizens to avoid traveling to the Asian financial hub as there is an “increased possibility of demonstrations in the region.”

More than 100,000 Australians live and work in Hong Kong, making it the second largest group of expatriates in the city.

“There’s an increased possibility of demonstrations in Hong Kong. These may take place with little or no notice. Some could turn into violent clashes. If there are signs of disorder, move away quickly to a safe place. If you’re in Hong Kong, monitor media and follow the advice of local authorities,” the advisory by Australian government read. “We now advise you to: Do not travel to Hong Kong.”

“This law could be interpreted broadly. You can break the law without intending to. The maximum penalty under this law in Hong Kong is life imprisonment,” the statement added.

Parents meet with their PKK-linked son after surrender