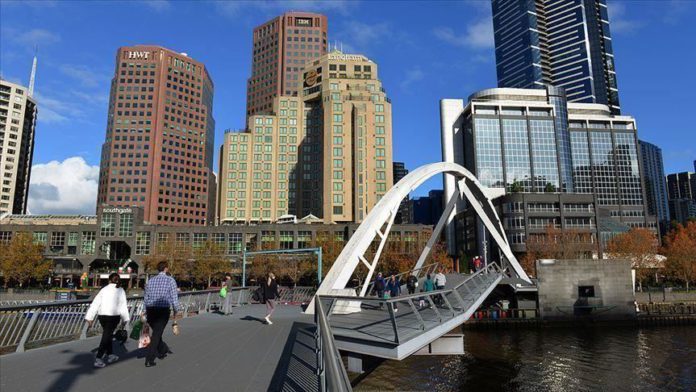 Australia reported 292 more coronavirus infections and nine deaths on Thursday, with authorities saying there are early signs that the country’s virus curve is flattening.

“There are real signs of cautious optimism. We believe we have early signs of the curve flattening in Victoria,” Health Minister Greg Hunt said in a statement, adding that there were also “positive signs” in New South Wales and Queensland.

Victoria remains Australia’s worst-hit state, having reporting hundreds of cases every day in the recent past.

The minister said the country has conducted 5.1 million tests so far, including 61,000 more in the past 24 hours.

The Australian Bureau of Statistics said in a statement Thursday that the number of employed people in the country increased by 114,700 between June and July.

Bjorn Jarvis, head of labor statistics at the bureau, said: “The July figures indicate that employment had recovered by 343,000 people and hours worked had also recovered 5.5% since May. Employment remained over half a million people lower than seen in March, while hours worked remained 5.5% lower.”

The coronavirus pandemic has now claimed nearly 750,000 lives in 188 countries and regions since first being detected in Wuhan, China last December. The US, Brazil, India, and Russia are currently the worst-hit countries in the world.

More than 20.6 million COVID-19 cases have been reported worldwide, with recoveries exceeding 12.8 million, according to figures compiled by the US’ Johns Hopkins University.

‘Only US-Taliban deal will not bring peace in Afghanistan’