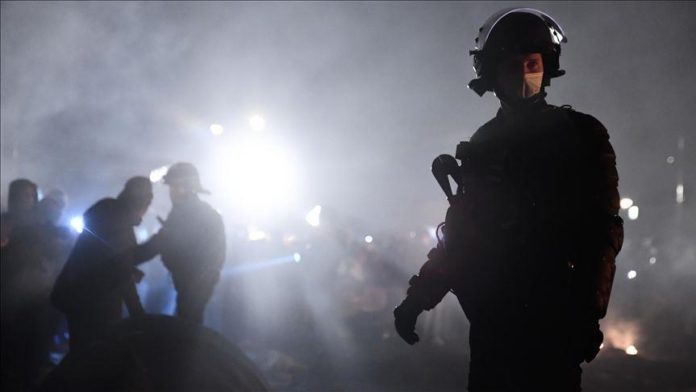 Police in Australia killed a young man of Somali origin who “made verbal and physical threats,” while his lawyer says the victim “clearly suffered a serious mental health event,” local media reported on Thursday.

Raghe Mohamed Abdi, 22, was “armed with a knife” when he was shot and killed by officers on a busy highway, ABC News reported.

With police trying to highlight that the victim was “previously investigated by a counterterrorism task force,” his lawyer accused authorities of “setting out to paint a person they’ve shot and killed in the worst possible light,” the report said.

Officers found Abdi after receiving a welfare call about a man walking on a highway, according to Tracy Linford, deputy commissioner of Queensland Police.

She said the victim produced a knife as officers approached him so they “had to resort to using their police service firearms and have fatally shot that man.”

According to the Australian Federal Police, Abdi was stopped from going to Somalia in May 2019 because it was believed that he was “influenced” by the Daesh terror group.

However, he was released without charge due to a lack of evidence, but his passport was canceled.

“In June 2019, he was charged with further offences, including refusing to hand over his passcode to his mobile phone,” said Ian McCartney, deputy commissioner.

He was remanded in custody for refusing “to answer the magistrate or acknowledge the authority of the court” and was only released on bail this September.

Abdi was being monitored by a GPS tracking device that was “tampered with” on Wednesday afternoon, the report said.

O’Gorman, his lawyer, stressed that there was “precious little evidence” that the man held extremist views.

“There was no evidence to justify holding him and 18 months later he has never been charged with that offence.”

He urged authorities to stop the “deplorable practice” of vilifying people killed by police.

“His family have asked me to particularly get the message out that Raghe was not in any way connected with terrorism – Raghe yesterday clearly suffered a serious mental health event,” said O’Gorman.

Half the world knocking on IMF’s door