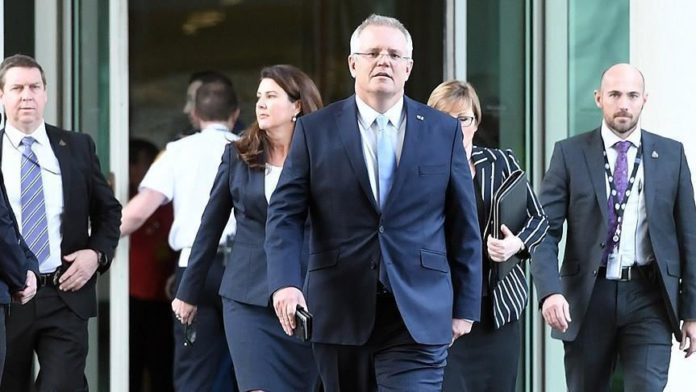 Australia on Wednesday unveiled a decade-long defense budget with a marked increase in the country’s defense spending, local media reported.

“We have not seen the conflation of global economic and strategic uncertainty now being experienced here in Australia in our region since the existential threat we faced when the global and regional order collapsed in the 1930s and 1940s,” Morrison said.

Under the new plan, Australian Defense Forces (ADF) are expected to get long-range anti-shipping missiles as it refocuses on possible conflict with China in the Indo-Pacific, the report added.

The ambitious defense program was revealed when Morrison addressed the Australian Defense Force Academy, where he said the Indo-Pacific region was the “epicenter of rising strategic competition and the risk of miscalculation — and even conflict — is heightening.”

“The Indo-Pacific is where we live — and we want an open, sovereign Indo-Pacific, free from coercion and hegemony,” he added without specifically mentioning any country.