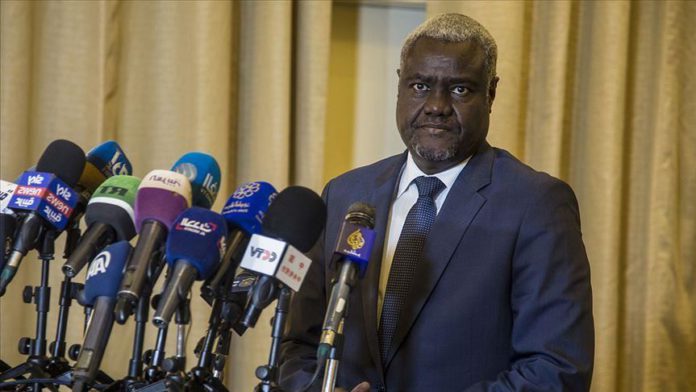 The African Union on Friday said the recent death of an unarmed black man in the US amounted to murder.

Commission chairman Moussa Faki Mahamat “strongly condemns the murder of George Floyd that occurred in the United States of America at the hands of law enforcement officers, and wishes to extend his deepest condolences to his family and loved ones,” according to an online statement by the African Union.

“Recalling the historic Organisation of Africa Unity (OAU) Resolution on Racial Discrimination in the United States of America made by African Heads of State and Government, at the OAU’s First Assembly Meeting held in Cairo, Egypt from 17 to 24 July 1964, the Chairperson of the African Union Commission firmly reaffirms and reiterates the African Union’s rejection of the continuing discriminatory practices against Black citizens of the United States of America,” the statement added.

Moussa Faki further urged the authorities in the United States of America to intensify their efforts to ensure the total elimination of all forms of discrimination based on race or ethnic origin.

Video footage on Facebook showed him being handcuffed and cooperating.

Shortly after, Floyd appeared to lose consciousness, but the officer maintained his position over the prone man.

Protests against police brutality have since erupted in multiple cities in the US, including Minneapolis, further escalating when local County Attorney Mike Freeman said he would not “rush” to charge the four officers involved.