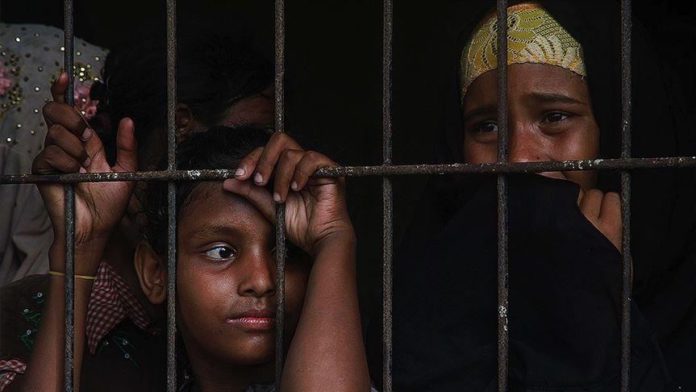 A top UN official on Monday said the attacks on civilians continue in Myanmar’s Rakhine province even three years after the military operation triggered a mass exodus of Rohingya.

The UN High Commissioner for Human Rights Michelle Bachelet said these attacks in the province may constitute further war crimes.

Addressing the 45th session of the Human Rights Council, she said that currently, people from the Rakhine and Chin provinces that include Chin, Mro, Daignet, and Rohingya communities are increasingly getting affected by the armed conflict.

“Civilian casualties have also been increasing. In some cases, they appear to have been targeted or attacked indiscriminately, which may constitute further war crimes or even crimes against humanity,” said Bachelet, who has served as the first female president of Chile.

She said it was an opportune moment to assess Myanmar’s progress on human rights as elections are approaching in the country in early November.

The UN human rights body chief said that the Human Rights Council and the UN General Assembly have also emphasized the call for accountability from Myanmar.

“But regrettably, no concrete measures have been taken. National initiatives, including secretive and selective court-martial and the National Commission of Enquiry, have been inadequate and fallen short of international standards,” she said.

Bachelet said while Myanmar has been fortunate to experience low levels of COVID-19 infections, she expressed concern at the recent outbreak of pandemic in Rakhine.

She said the social and economic impact of the pandemic has been devastating for workers and migrant returnees.

“I am also alarmed at continuing crackdowns on human rights defenders, journalists, and critics of the government and Army, “she added.

Myanmar has repeatedly stated its wish to resolve the Rohingya crisis and assured that people can return to their places of origin in dignity and safety.

“Action must now be taken to find a proper remedy to the serious violations the Rohingya have suffered, and include them into the life of their country,” said Bachelet, who was also Latin America’s first female defense minister. She has also served as the health minister of Chile from 2000-2002.

“Given Myanmar’s stated commitment to democracy, I also encourage the government to remove the barriers that impede democratic freedoms and undermine the equal enjoyment of human rights by all in Myanmar, “said the top UN official.

Earlier, she said that in the Occupied Palestinian Territory, the escalating tragedy in Gaza is of particular concern calling for the lifting of Israel’s economic blockade which is halting economic activity there.

Bachelet said that although temporary truces are welcome – including the latest agreement to end hostilities between armed groups in Gaza and Israel – Gaza’s two million people desperately need long-term and sustainable solutions.

“The blockade by sea and land, which Israel has imposed for 13 years, has brought Gaza’s main economic and commercial activities to a complete halt,” said the rights chief.

“As a direct result, more than 38% of Gazans live in poverty; 50% are unemployed; and more than 90% of the water from aquifers is undrinkable.”

She added: “The blockade, which contravenes international law, has conclusively failed to deliver security or peace for Israelis and Palestinians, and should urgently be lifted.”