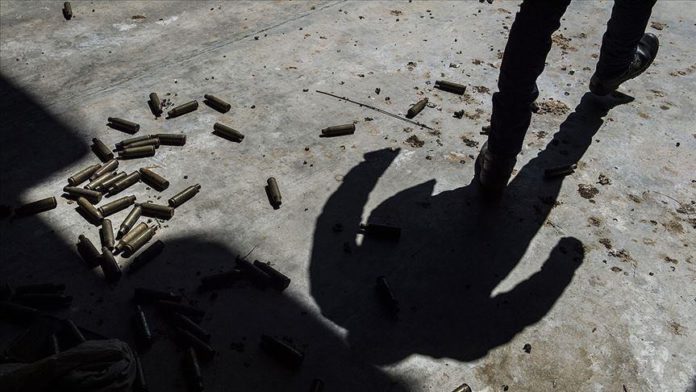 The attacks blamed on Allied Democratic Forces (ADF), a Ugandan armed group, have killed nearly 200 people, injured dozens of others, and displaced an estimated 40,000 people in northeastern Democratic Republic of Congo (DRC) so far this year, according to the UN Refugee Agency.

Attacks mainly occurred in the DRC’s Beni Territory in North Kivu province as well as nearby villages in Ituri province, the UN agency said on Friday, warning about the alarming increase in attacks by the ADF.

“In less than three months, the ADF has allegedly raided 25 villages, set fire to dozens of houses, and kidnapped over 70 people. This is in addition to the 465 Congolese killed in attacks attributed to the ADF during 2020,” said a statement by the agency.

It added: “The main reasons for these attacks are reported to include retaliation by armed groups against military operations, their search for food and medicine, and accusations against communities of sharing information on the ADF positions.”

The ADF, which originated in Uganda’s northeast in the 1990s, has been attacking and killing civilians in the eastern DRC for several decades.

The illicit exploitation of natural resources continues to be a root-cause and driver of conflict in the east of the Central African country, according to a UN report last year.

Most of the militia groups have set aside their political demands and are also involved in mineral trafficking.

According to the UN Refugee Agency, those forcibly displaced in the month of March fled to Oicha, Beni and Butembo towns in Beni Territory, with many fleeing on motorbikes.

“The majority are women and children, as men stay behind to protect properties, exposing themselves to the risk of further attacks.

“Displaced people are living in dire conditions without shelter, food, water or health care. In the context of Ebola and COVID-19, the lack of access to toilets, clean water, soap, and menstrual hygiene products is of particular concern. In addition, families do not have enough essential items like blankets, sleeping mats or cooking materials,” according to the UN agency.

Turkish Cyprus slams move to lift embargo on Greek side