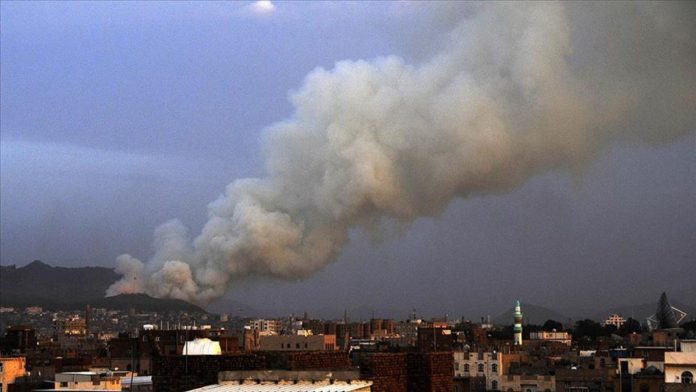 Airstrike launched by a Saudi-led coalition fighting in Yemen, killing at least a dozen civilians, including children, is “terrible and unjustified”, according to a UN body.

The initial field reports show that at least 12 civilians, including four children, were killed in strikes on a vehicle in Saada district in the northern Yemeni province of Saada on Monday, Office for the Coordination of Humanitarian Affairs (OCHA) said in a written statement.

“We share our deepest condolences with the bereaved families and loved ones of those who have lost their lives in this terrible, unjustified attack,” said Lise Grande, the humanitarian coordinator for Yemen.

Grande also recalled that fighting has continued in the country despite the UN chief’s call at the end of March for a global cease-fire amid the COVID-19 outbreak.

Yemen is “desperate for peace”, Grande said, adding that the humanitarian agencies are running out of money while the pandemic is spreading.

“Millions of people who depend on food aid and the health services we provide to fight cholera and malaria are now hanging by a thread. There’s only one answer—the war needs to stop. Yemen remains the world’s worst humanitarian crisis. Nearly 80 per cent of the population requires some form of humanitarian aid and protection,” noted Grande.

Since first appearing in China last December, the novel coronavirus has spread to at least 188 countries and regions. The US, Brazil and Russia are currently the hardest hit in the world.

The pandemic has killed over 443,600 people worldwide, with more than 8.17 million confirmed cases and over 3.95 million recoveries, according to figures compiled by the US’ Johns Hopkins University.