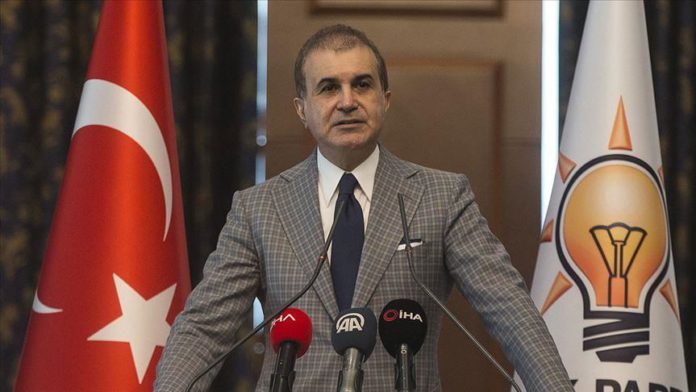 Any attack on Turkish missions in Libya by Khalifa Haftar’s forces can expect a military response, the country’s ruling party spokesman warned the renegade warlord Tuesday.

“We are clearly saying that, if our mission in Libya is attacked in any way, we will view Haftar’s forces as legitimate targets,” Omer Celik, spokesman for the Justice and Development (AK) Party, told reporters amid a party board meeting by video link.

On Sunday, Turkey’s Foreign Ministry said that Haftar’s attacks targeting diplomatic missions, including the Turkish Embassy in the capital Tripoli, the Mitiga Airport, civilian airplanes preparing to take off, and other civilian infrastructure, constituted a war crime.

Haftar, the leader of illegal armed forces in eastern Libya, intensified attacks on civilians since the beginning of May as the Libyan army recently gained the advantage and inflicted severe losses on his militants.