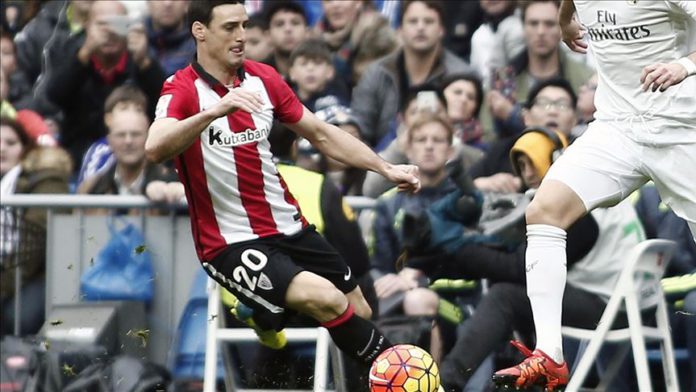 Spanish forward Aritz Aduriz ended his career Wednesday at the age of 39.

“Yesterday, the doctors told me to go see the surgeon, sooner rather than later, to get a prosthetic to replace my hip and try to go about my everyday life, as normally as possible.Unfortunately, my body has said ‘enough,’ he said on social media.

“I can’t help my team mates the way I would like to, nor the way they deserve. That is the life of a professional athlete. Simple, very simple,” he added.

Athletic Bilbao thanked Aduriz and called him “one of Athletic’s most charismatic centre-forwards” who became the sixth top goal scorer in club history with 172 goals in 405 matches.

Aduriz scored 219 goals in 573 matches throughout his career.

He scored two goals in 13 matches for the Spanish national team since his debut in 2010.