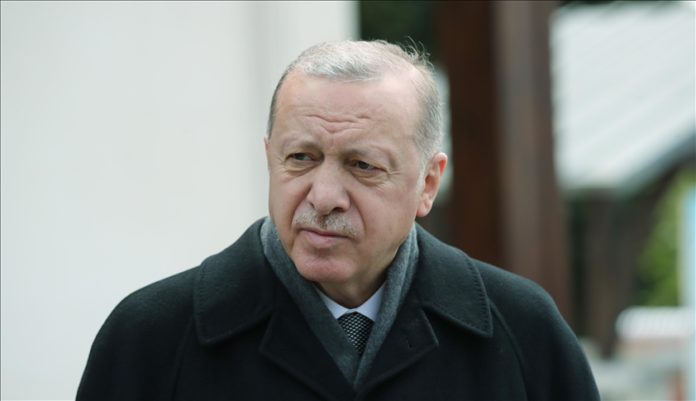 Athens has “no right” to appoint the chief Islamic cleric, or mufti, of Muslims living in Greece according to the Treaty of Lausanne, Turkey’s president said on Friday.

“How can you do that? We don’t appoint the patriarch,” Recep Tayyip Erdogan told reporters in the metropolis Istanbul.

Erdogan said Greece does not pay the “necessary care” for the citizenship of the 150,000 Turks living in Western Thrace, most of whom are Muslim.

He stressed that only officials of this group, such as muftis and imams, could choose a chief mufti in Greece.

The election of muftis is regulated by the 1913 Treaty of Athens, a Greek-Ottoman pact that was implemented by Athens in 1920.

But in 1991, in violation of international law, Greece annulled its law regarding the treaty and unlawfully started to appoint muftis.

The muftis appointed by Greece have since usurped local Muslims’ right of jurisdiction on family and inheritance matters.

The majority of Muslim Turks in Western Thrace do not recognize muftis appointed by Greece and instead rightfully elect their muftis.

Greece, however, has refused to recognize elected muftis since 1991 and authorities have placed some clerics on trial.